ERICA'S NOTEBOOK
This is a setting provided for heathers (Calluna spp.) and heaths (Erica spp.), which are specifically adapted to grow in nutrient poor soils with high acidity (ph4), very similar to our native soils. If you have difficulty in differentiating between heathers and heaths, the latter (Erica spp.) have needle-like leaves, and the former (Calluna spp.) have scale-like greenery. In their native Scotland, they grow tall, are tough and twiggy, being used for brooms (besoms) for sweeping rough stone floors, ropes, dye and roof thatch. They are cut back each spring on the moors to ensure a strong flowering growth and adequate cover and food for game. [Erica's Original Notes]
Erica's Original Notes

Crofter's Cottage: a copy of which, donated by the local newspaper, is found here with its typical slate roof. 'Crofter' was a term used to denote someone who rented or cultivated a small holding, or croft. The closure of these lands in 1815, in order for the wealthy and often absent landlords to have flocks of much more profitable sheep, led to a terrible time for these dispossessed Scots people, who were crowded in unsanitary conditions on boats and sent overseas.

Harry Lauder's Walking Stick: Corylus avellana ‘contorta’, named after the Scottish comedian with the crooked walking stick made from this bush. This is a chimera between a fast-growing and a slow-growing hazel found in a hedgerow in Gloucestershire, England.

Daboecia: a heather named after an Irish saint; found in Ireland and, eight hundred miles away in Portugal, Spain and Southern France.

Tree Heather: Erica arborea, usually found growing strongly in the south of France; the woody roots are used to make briar pipes ('bruyere' is French for heather). At one time St. Cloud was noted for its wood carvings made from boxwood, collected by the peasants in the Pyrenees, who, in order to fill their sacks more quickly, added heather roots, which were unsuitable for the fine snuff boxes, but which the thrifty French used for making pipes.

Hedgehog Broom:  Erinacea anthyllis [syn. E. pungens]  is from the Spanish mountainsides and North Africa. it is a curse to horses because its dense foliage makes passage difficult. [updated 2019]

Wintergreen: Gaultheria procumbens, from which is extracted the aromatic oil of the same name.

Labrador Tea: Rhododendron groenlandicum, so named as it made a useful caffeine-like beverage. [updated 2019]

Phytophora is a disease which attacks the roots of heather.

Updates 2013 (HM):
​The term 'heather' usually is used to refer to one of three types of plants: Calluna (Scotch Heather), Daboecia (Irish Heath), and Erica (Heath and Winter Heath). All share similar attributes and separating them is a job for a botanist. The three common types of garden heathers have different uses and attributes. All are best planted as beds rather than as solitary plants and require trimming to look their best.

Erica-Heath: It has both summer- and winter-blooming types and generally has the finest foliage texture of all the heathers. Erica is from the Greek word ereiko meaning ‘to break’, possibly because the stems break easily or possibly because of the medieval belief that it could be used medicinally to dissolve gall stones.

Daboecia-Irish Heath: Has big (for a heather) flowers, blooms spring through fall, and is tolerant of part shade.

Calluna-Scotch Heather: The sole species in the genus Calluna was separated from the closely related genus Erica by British botanist Richard Anthony Salisbury who devised the generic name Calluna from the Greek kallunein, 'to sweep up", in reference to its traditional use in brooms, and vulgaris which is Latin for 'common'. Calluna vulgaris spp. offer the most variety in foliage colour and plant shape. Calluna bloom in late summer to fall, and some varieties have fancy or contrasting new growth and vibrant winter foliage. (Update 2014: MG) Calluna was used in beer-making before hops.

The Gazebo: is sometimes called the Lover's Lookout. It is located at the high point of the Heather Garden and is sometimes graced by a piper. The bench by the Heather Garden pond is a good spot for a wee rest.
​
Corkscrew Hazel: Hazel rods have long been used by water diviners for finding hidden water supplies, but pity the poor diviner who had a rod of Corylus avellana 'contorta'! Corkscrew hazel is a natural mutant of wild hazel. The mutation causing the contorted shoots and distorted leaves is not transmitted via the seeds, so the plant can only be grown from cuttings or via grafts onto normal hazel rootstocks. This means that every single plant in cultivation–and there must be hundreds of thousands of them–is an exact genetic copy (a clone) of the original mutant plant. If you look around the base of a grafted tree, you can often see straight, normal shoots growing from the non-mutant rootstock. To maintain the contorted growth, the straight shoots must be removed.

Horsetails (scouring rush): are common nuisance weeds. Their Latin name Equisetum derives from equus ('horse') + seta ('bristle'), and they have been survivors since the time of the dinosaurs. Like the heathers, horsetails thrive in well-drained, acidic, sandy soils and full sun. Unlike heathers, the common horsetail (E. arvense) reproduces by spores and can readily re-grow from small fragments of its thin root-like rhizomes. Unfortunately, as many gardeners know, this makes them almost impossible to eradicate once they get a foothold. The silica in their stems made them useful for polishing and useless for grazing.​ 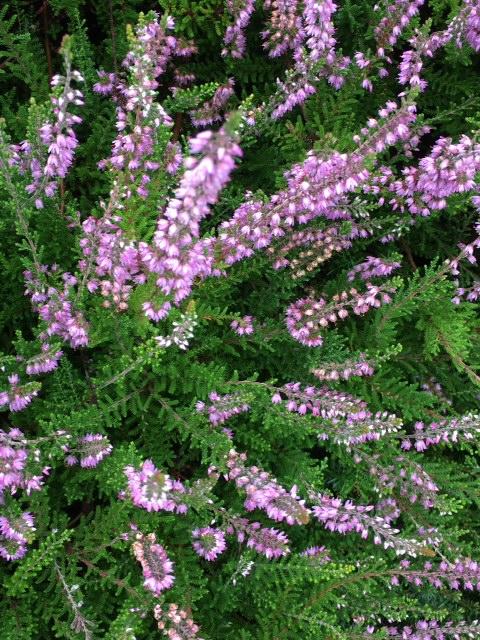 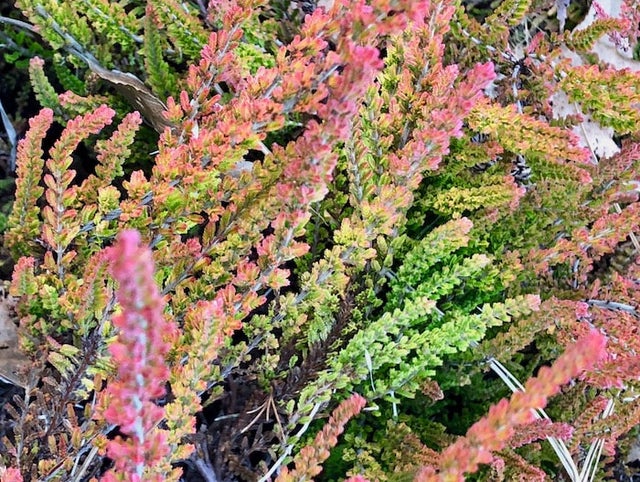 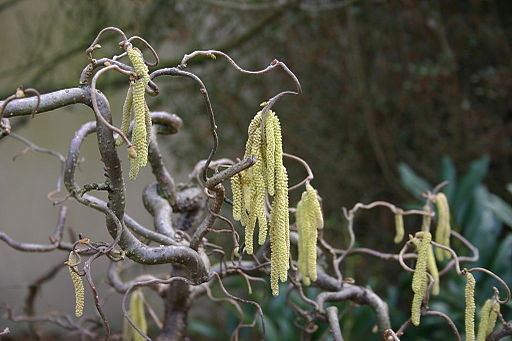 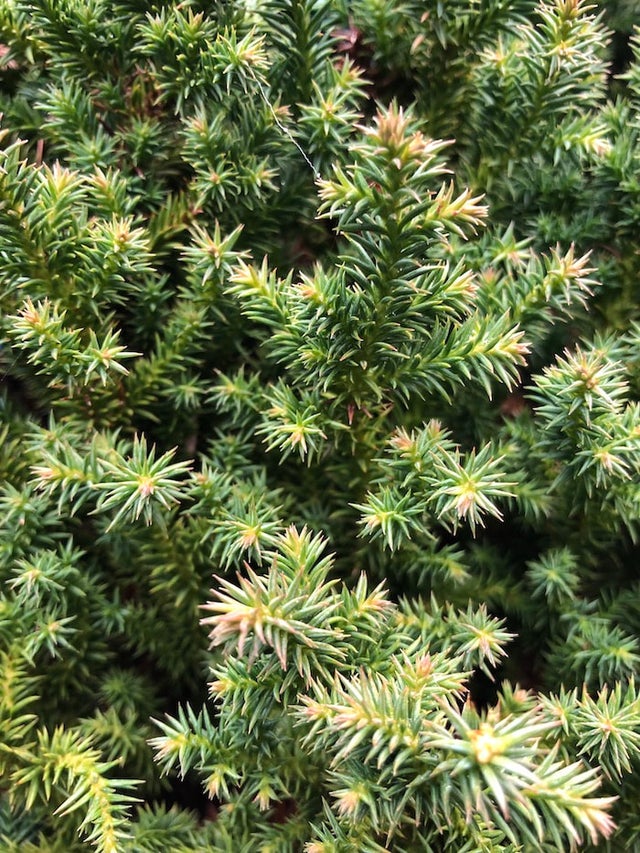 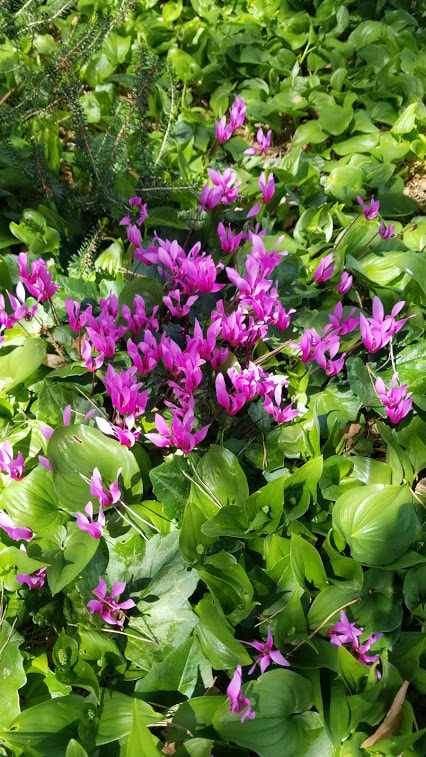 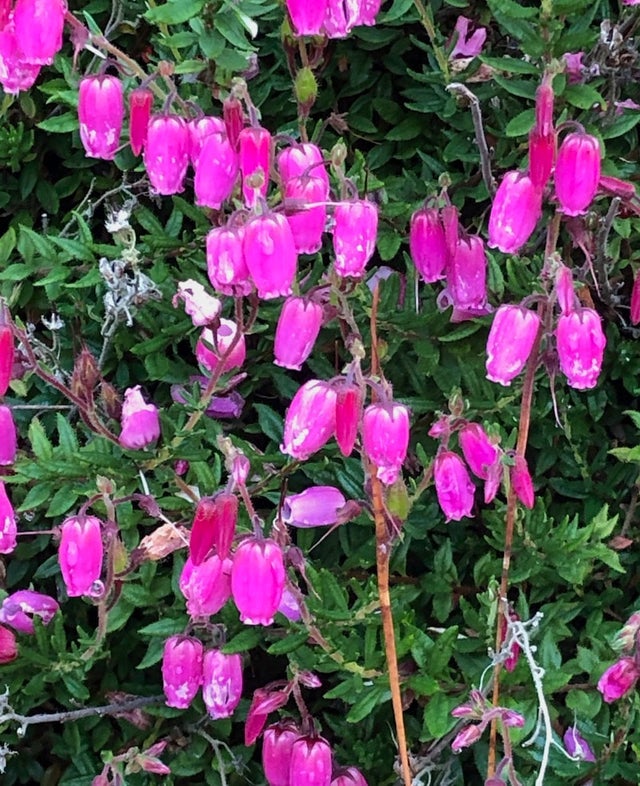 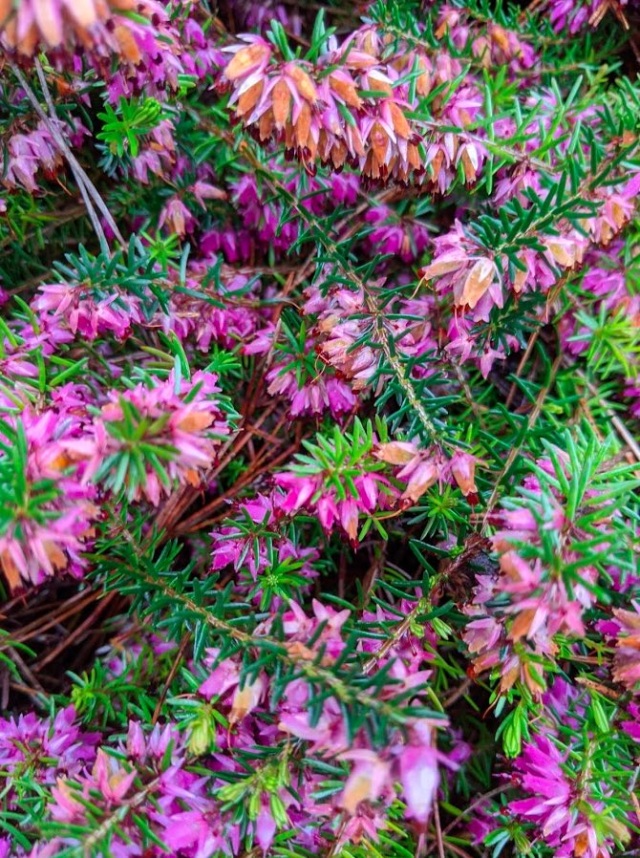 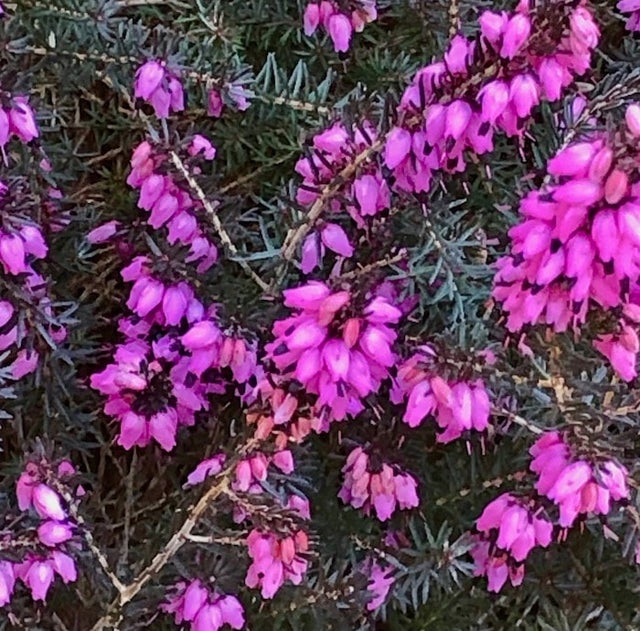 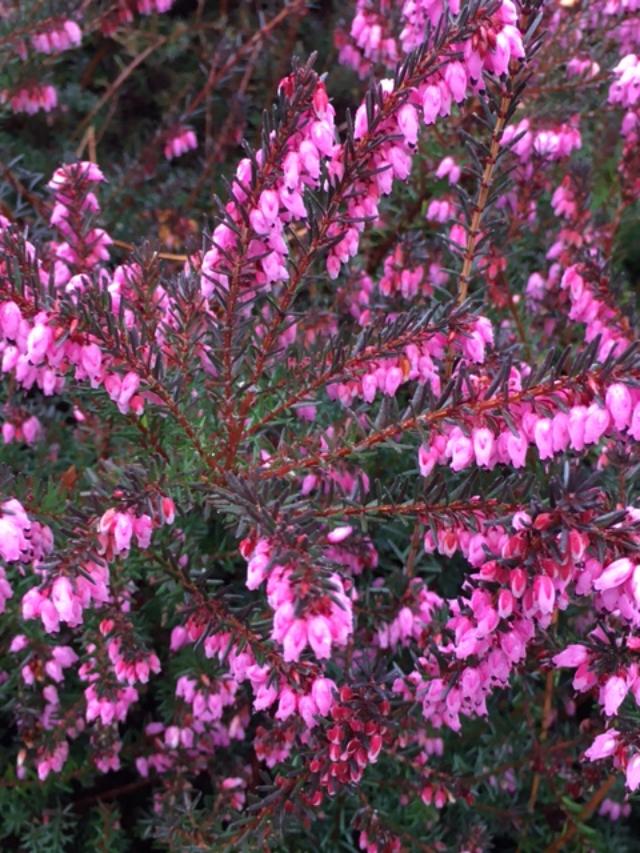 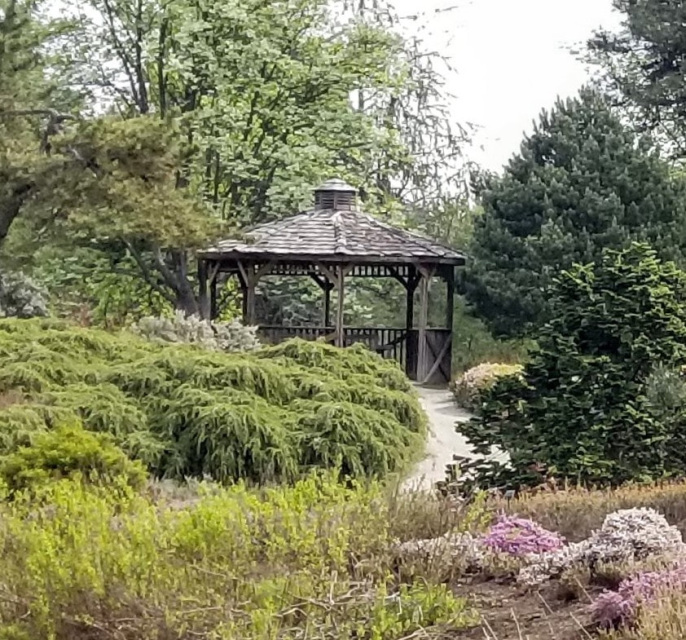 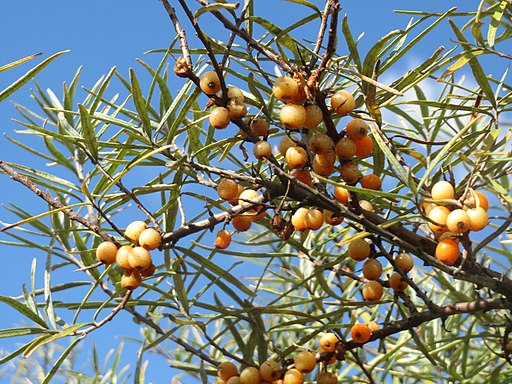 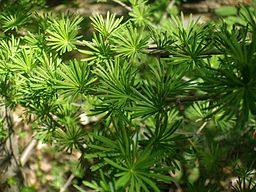 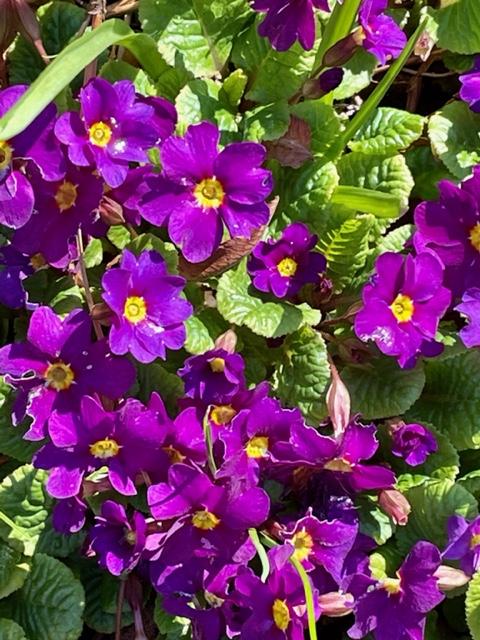 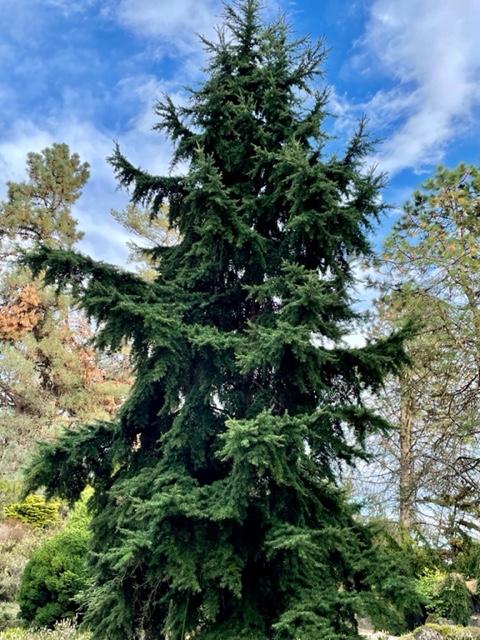