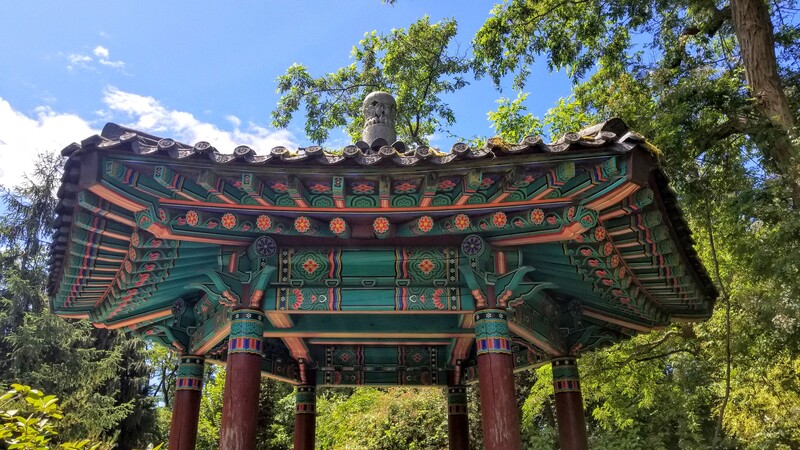 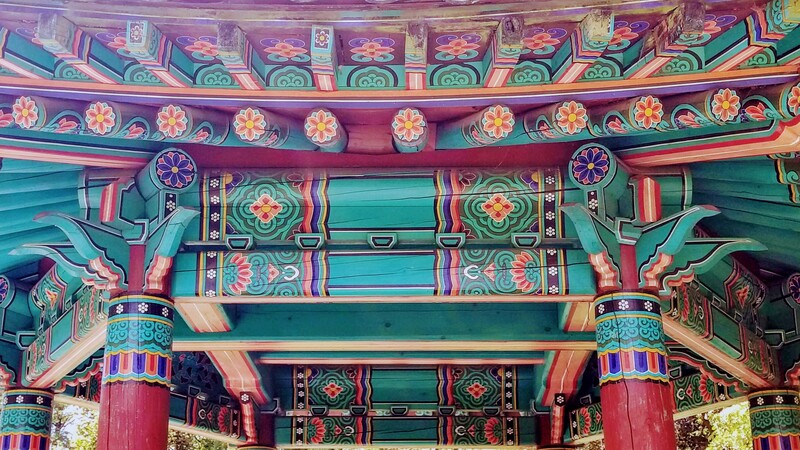 Erica's Original Notes from the 1990s
A gift to the Garden from the Korean Government following the closure our city's world exposition. Unfortunately, it proved to be a costly move, and to add to the problems, the roof leaked! However, it has been a great acquisition and has been beautifully placed between two old acacia trees (Robinia pseudoacacia) which add to the feeling of its permanence. Here visitors can rest in its shelter and admire the view, just as Korean scholars would have done. On June 6, 1987, it was dedicated during a very colourful ceremony which included dancers from a local Korean cultural centre. The hexagon shape of the pavilion has important cultural meaning.

In the vicinity of the pavilion are plants having their origins in Korea (but not, of course, the acacia trees!), such as Hibiscus syriacus, the national flower of Korea, adopted in antiquity from China, and Abeliophyllum distichum, the white forsythia, belonging to the Olive family. Campanula takesimana, Korean bellflower, is planted around the pavilion. It has a long-lasting flower and spreads to form a ground cover. We have the white form.

Update 2005  The decor of the pavilion was restored in 2005 through the support of the local Korean business community and the government of Korea who brought in three masters of the Dancheong technique which stains the wood rather than paints it.

Update 2015: The roof tiles started falling off, so the Pavilion was fenced off. The structure needs to be rebuilt, but traditional construction methods are posing a challenge. Funding is being sought.

Update April 2021: During a severe windstorm, one of the acacias fell on the Pavillon (photo below by Hughie Jones).

Update April 2022: Pavilion slated for demolition by the end of the month. The Korean Garden will expand into this area. 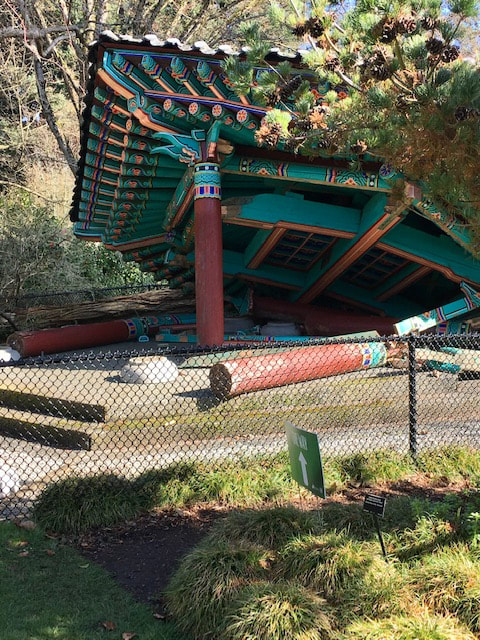