​​Erica's Original Notes
Our visible spectrum of colour is only a small fraction of the cosmic scale. Light and colour are analogous; the landscape is full of activity of animals, insects and sap with the bombardment of white light, shattering the spectrum by leaf, twig and flower consuming the wavelengths of light energy they need and flinging off the unwanted ones.

Light is a raw material, colour a converted product. The sun has many rays of different wavelengths that we don't see, such as ultraviolet (short wave), infra-red (long), and beyond these two are, in the shorter range, radium waves, and in the longer range, radio broadcasting waves. 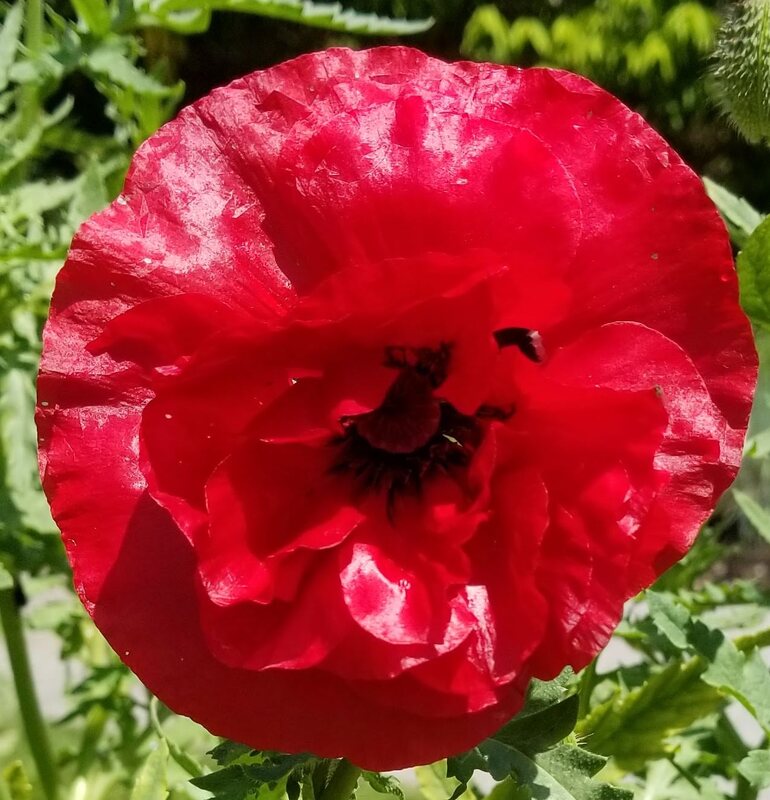 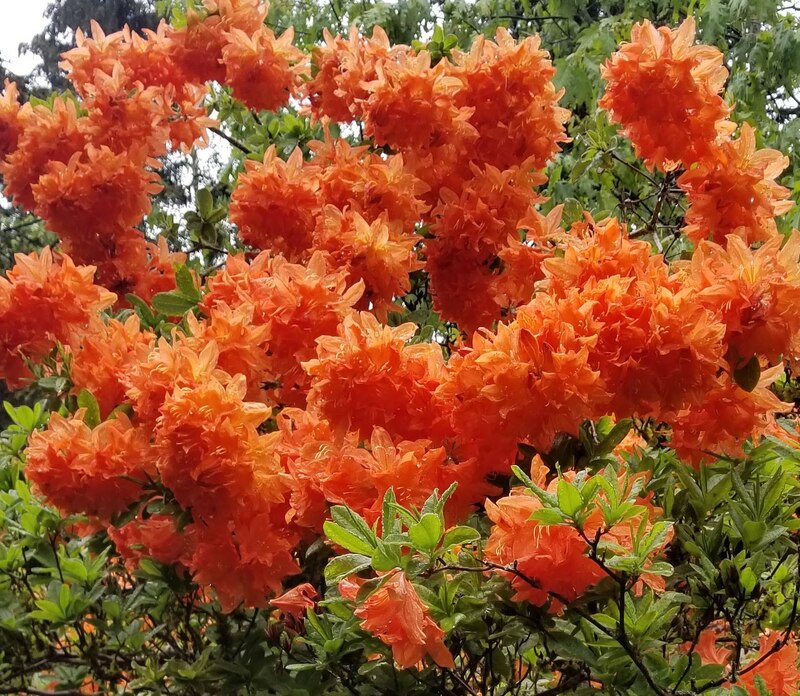 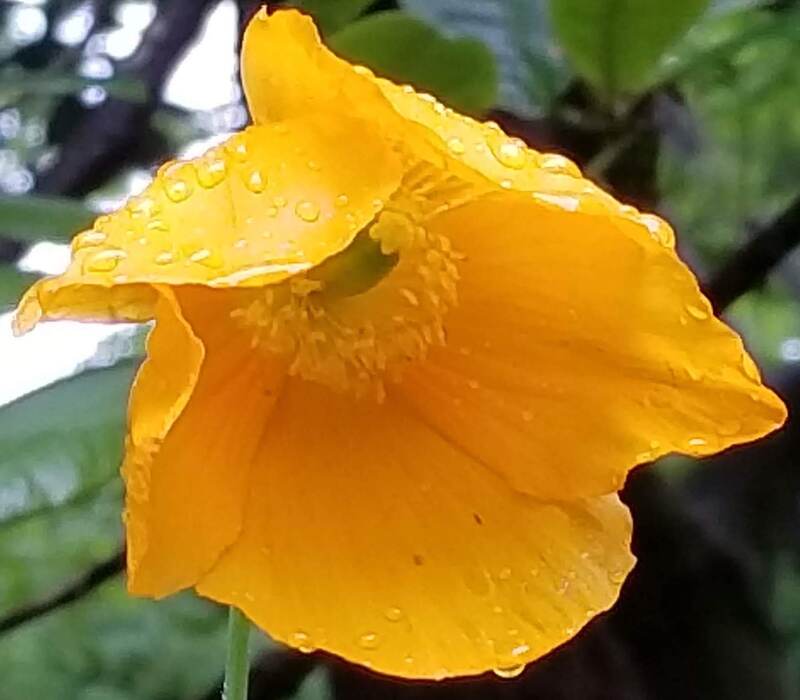 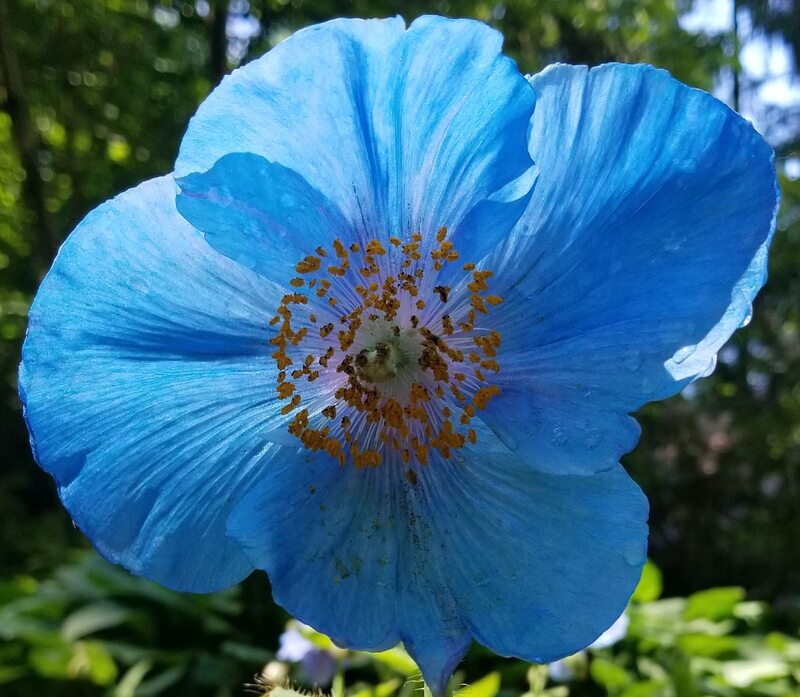 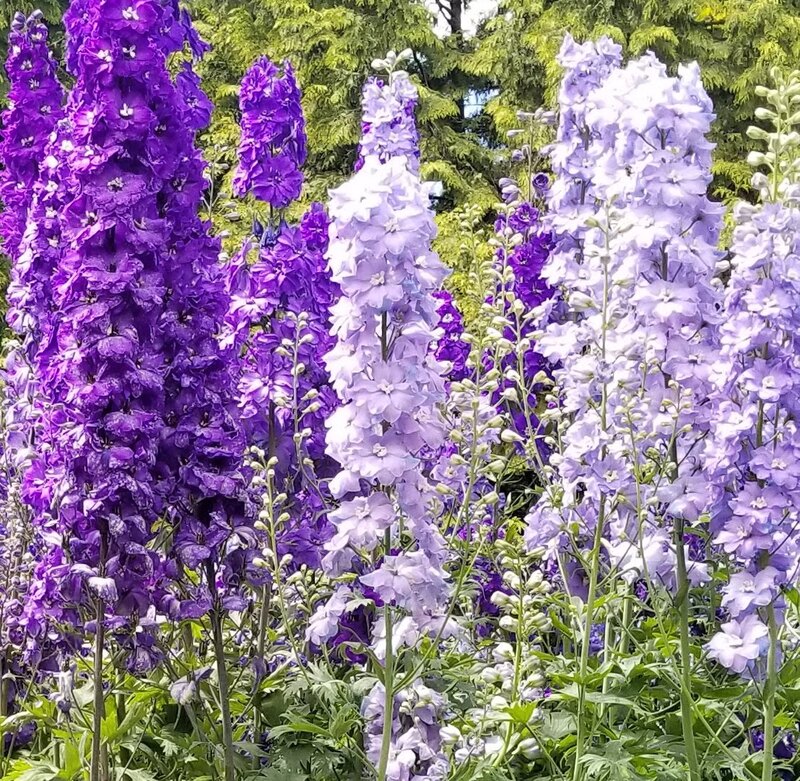 Almost all colours can be produced by the proper mixture of three colours; these colours are known as primary colours. The accepted primaries in pigments are the familiar red, yellow and blue, but the primary colours of light are red, green and blue. In the short range of light colour, we find blue and green and in the longer range, orange and dark red. Yellow flowers have an affinity for absorbing the shortwave colour blue; this leaves the two remaining primary colours of green and red combining to make the yellow colour we see. Yellow is one of the most brilliant and recurrent colours in nature but is not a primary colour of light, although we see it as such in the paint box. It is a combination colour created by the inter-mingling of the frequencies of green and red. Blue flowers, to our eyes, conversely absorb red and the green primaries, throwing off the blue which we see. Green leaves absorb blue and red wavelengths, and the green we
see is the rejected part of the spectrum.

The eye nerves are so sensitive that they can detect gradations of colour. Our eyes, if you haven't already realized it, are marvellously complicated, and it is the eyes that do the conversion of colours and landscape for us. Outdoor colour is one of the least known or understood of Nature's phenomena, which may explain why the foregoing is difficult to understand if you're not scientifically oriented!

Eyes: The retina of an eye has
a) rod cells, situated at the periphery of the retina, and used for low light; therefore, most night creatures have more rod cells, e.g. cats and owls; and
b) cone cells, situated in the macula, the area of acute vision which is used in bright light and colour.

Placement of eyes depends on use; predators have forward facing eyes to follow their prey. The hunted have wide angle eyes, like rabbits and deer, in order to see their enemies. Birds of prey, such as the kestrel, have binocular-like sight with two macular spots, one for sideways vision and the other for straight ahead vision, with sharp magnifying qualities. Barn owls have ultra sensitive rod cells for night vision and cats have what is called 'tapetum', which reflects unused light back to be reused! Rattlesnakes have eyes that detect heat from bodies of quarry in the dark. Fish-eating birds see through the reflected light of the water surface in order to see their prey; trout have two lenses, one to look up and out, and the other down. The compound eye of crustaceans and insects helps them to detect movement, its many facets divided into a mosaic of squares. The dragonfly, for instance, has 29,000 facets in his eye - makes one tired to think of it all! Ultraviolet light is seen by bees and butterflies.