ERICA'S NOTEBOOK
Vegetable Garden History
2021: Eat a Rainbow:  Each bed will feature vegetables of a different colour, with interpretation focusing on the plants and their health benefits. The seeds are all available locally from West Coast Seeds.

2020: COVID summer, so no theme due to few visitors and decreased staffing and funding. However, a garden was planted with unsold seeds from the closed gift shop, and harvested vegetables were given to food banks and homeless shelters.

2018-2109:
The Vegetable Garden theme demonstrated the power of sustainable urban farming and food systems in building healthier communities and a healthier planet. The simple design features a selection of the best local vegetable varieties for our region – veggies that are easy to grow and will provide a summer-long harvest of fresh organic produce. Rotating the crops shows visitors how to maximize yield and grow a greater variety of veggies in even the smallest space. Summer camp kids help throughout the season, forming a deeper understanding of where their food comes from and learning to grow fresh healthy produce which they help harvest to donate to local food banks.

A goal of Vancouver’s Greenest City Initiative is to become a global leader in urban food systems by 2020 by creating an environmentally, socially and economically sustainable food system for our region. The benefits? Healthier kids, families and communities, and a healthier environment, including reducing the impacts of industrial-scale farming on climate change.

The seed for this project is thanks to the vision of Camil Dumont, VanDusen’s resident Urban Farmer for 2018, and the founder, Head Farmer and Executive Director of the Inner City Farms Society, a network of Vancouver residents and urban farmers who grow organic vegetables and share the harvest with families in need. The consultant gardener position was generously funded by the City of Vancouver’s Greenest City Initiative.  ​In the summer of 2018 Camil and his team worked several hours a week at the Garden before turning the Garden back over to regular Garden staff for 2019.

2016-17 Vegetable Garden
This year, the Vegetable Garden celebrates the true origins of vegetables and their cultural journeys with 125 different vegetable varieties representing seven geographic regions around the globe.  Across continents and cultures, we are all connected by food and as humans have moved around the world, so too have the vegetables, fruit and spices we grow.  We often identify cultures with their cuisine but many of those foods originated half a world away, with early exploration and trade introducing new foods that have become staples of local diets.  Explore the Vegetable Garden, with each section representing a distinct geographic region, and learn where your favourite veggies really came from and how they have been transformed across cultures. Learn how the teachings of indigenous peoples, early exploration, the beginnings of modern agriculture and modern food culture have shaped our food landscape and try out one of the recipes from our Fusion Tasting Menu.

Here are various handouts:
- Complete list of plants.
- Information on food and culture.
- The Columbian Exchange.
​- The Fertile Crescent.
​- The "Three Sisters".

Erica's original notes:  The first vegetable garden in the Garden was donated by the local Garden Society, so that ordinary city dwellers with a small garden could see how vegetables and fruit grown with other plants could make an attractive and at the same time a useful garden.Here are some commonly grown vegetables:

Cabbage: believed the most ancient of cultivated vegetables.

Celery: given to winning Greek athletes.

Corn: Amerindians considered it as a secret gift from the gods. Used in bourbon and sizing for slick magazines.

Cucumber: 20 degrees cooler inside; Indians were using it 3,000 years ago.

Garlic: used by Roman labourers and soldiers for strength and courage.

Lettuce: Known in the 6th century in India and Central Asia.

Parsley: taken by Romans against drunkenness and fed to chariot horses for swiftness.

Parsnip: Tiberius was addicted to them.

Potato: Marie Antoinette wore potato flowers in her hair, and Louis XIV had his potato fields protected. These were damaged by irate peasants wearing sabots, one of the early examples of 'sabotage.' One hundred years ago a bushel cost $I5, and for the goldminers (the 49ers), one potato cost a dollar. Of course, the potato originated high in the Andes, but its culture is a whole story in itself as is also how those original varieties are now being saved as a genetic pool bank.

Rhubarb: originated in Tibet and China; known to the French as Rhababarian because it was eaten by barbarians east of the river Rha (the Volga).

Sweet Pepper: brought by Columbus to Spain. From there it went to Turkey, and finally to Hungary.

Sweet Potato: originated with the Mayas, came to Europe and then on to India and China. One of the most complete foods and related to morning glory.

Tomato: grows wild in the Andes. Tomatoes came to England in 1596 and were thought to be poisonous by the Europeans, but in 1630 Ben Jonson (the poet and dramatist) bravely ate one to disprove it. Also known as the 'love apple.' In 1837 J.Dorrance, a chemist in New Jersey made formula for condensing soup.

Watercress: known by the Greeks as a wit-producing food, maybe we should eat more of it!

The family and genus names of our food plants may reveal surprising relationships.

The genus Allium gives us both onions and garlic.

The abundant genus Brassica in the mustard family provides kale, cabbage, Brussels sprouts, broccoli, cauliflower, bok choy, turnips, mustard, collards, kohlrabi, rutabaga and canola (rapeseed). When Brassicas flower (bolt), you can see the small four-petaled flower in the shape of a cross, which gave the older name 'cruciferous' to the cabbage family.

From the nightshade family the genus Solanum provides eggplants, tomatoes and potatoes.

Yams and sweet potatoes look much alike but are unrelated plants. Yams are in the genus Dioscoreas, an African vine, while the sweet potato is Ipomoea batatas, a genus of morning glory from the Americas. 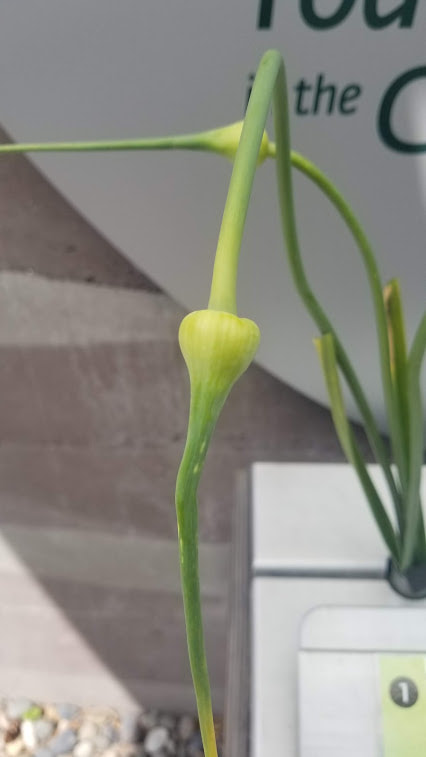 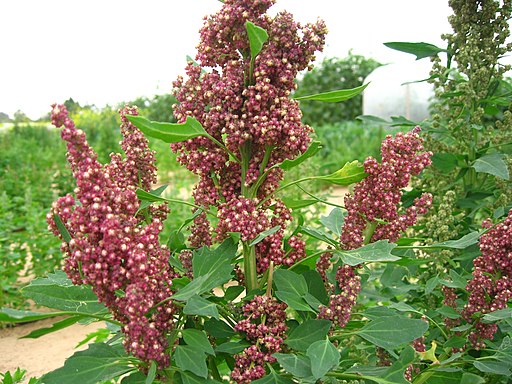