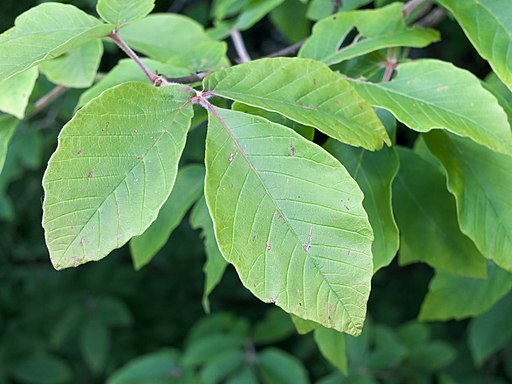 Acer maximowiczianum is a small deciduous tree native to Asia. Its 3-leaflet leaves do not look very maple-like and turn red in the autumn. The bark is striated when the tree is young but turns grey with age (our specimen was planted in 1993). It was named after the 19th-century German botanist Karl Maximovich and is sometimes confused with A. maximowiczii.