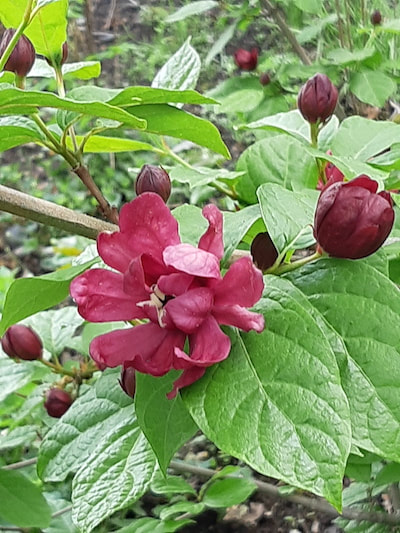 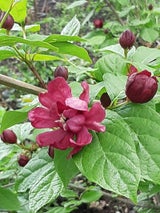 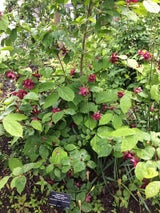 Common name: Sweetshrub, allspice, strawbery bush (due to the fragrance of the flowers)

Calycanthus x raulstonii 'Hartlage Wine' is a an intergeneric cross between Calycanthus chinensis and Calycanthus floridus. It has beautiful dark red flowers in late spring and is found in the North American Native Cultivar Collection near the Plaza. It is named for the famous plantsman, J. C. Raulston, of the North Carolina State University Arboretum, and his student, Richard Hartlage, who developed it. More about J. C. Raulston.