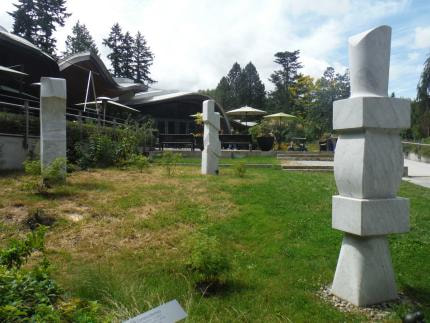 Three Carrara Marbles is a work by David Marshall, who also sculpted Family Life. He worked on these pieces over a couple of years, and they were still in his studio when he died in 2006. As with many of his works, he never named them, and visitors often speculate what they might represent. They were donated to the Garden by his wife, Carel Marshall, in 2012.

Carrara marble has been used for sculpture since Antiquity.

More about Marshall, and a photo of him with the sculptures in his garden in 2000.