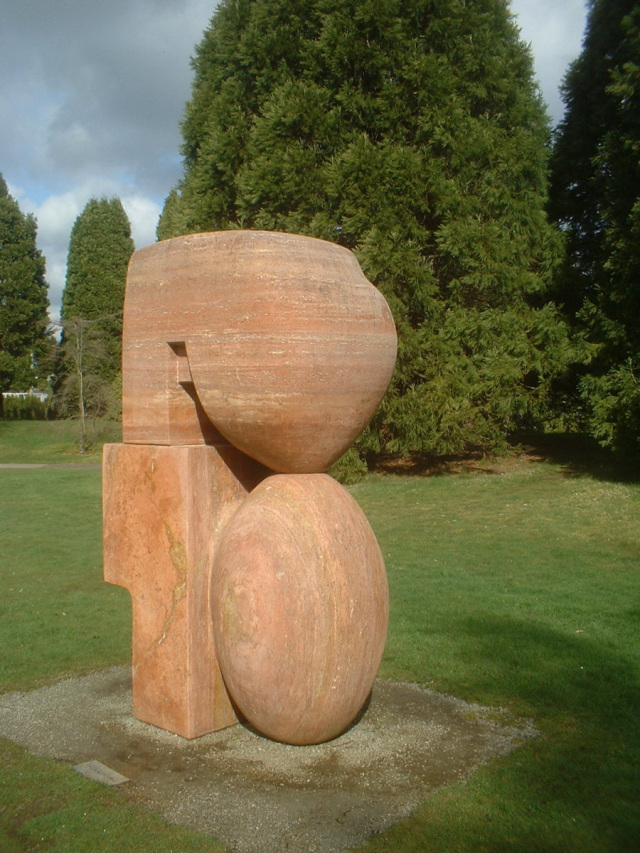 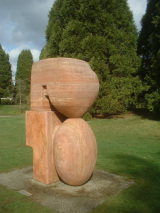 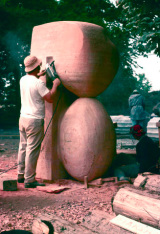 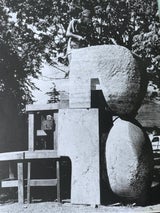 This piece was created by local sculptor David Marshall representing Canada in the 1975 Stone Sculpture Symposium. Marshall had recently visited family in eastern Canada for the first time in many years and was strongly influenced by the concept of family reunion. The work consists of square forms, representing the father, with a male child on top, while the ovoid forms represent the mother and female child. The strata of the lower blocks run vertically; the strata of the upper blocks run horizontally. The rain brings out the colour of the red travertine marble.

Before starting the work, Marshall saw that the uncarved blocks fit roughly into a Fibonacci sequence, and this became the scale of values used through all the forms. The west side facing the setting sun is like a flat wall with projections and indentations. The eastern side facing the sunrise is organic and rounded, feminine.  The upper, smaller form, supported like a child by its parents, acts as a unifying element. The design also derives from Marshall's interest in Pre-Columbian South American cultures.

Much more about Marshall can be found in the Wosk Library Art Binder and in the library's book The Life and Art of David Marshall by Monika Ullmann.

Close-up photo by Midge Oke. 1975 photos of Marshall from City of Vancouver archives.