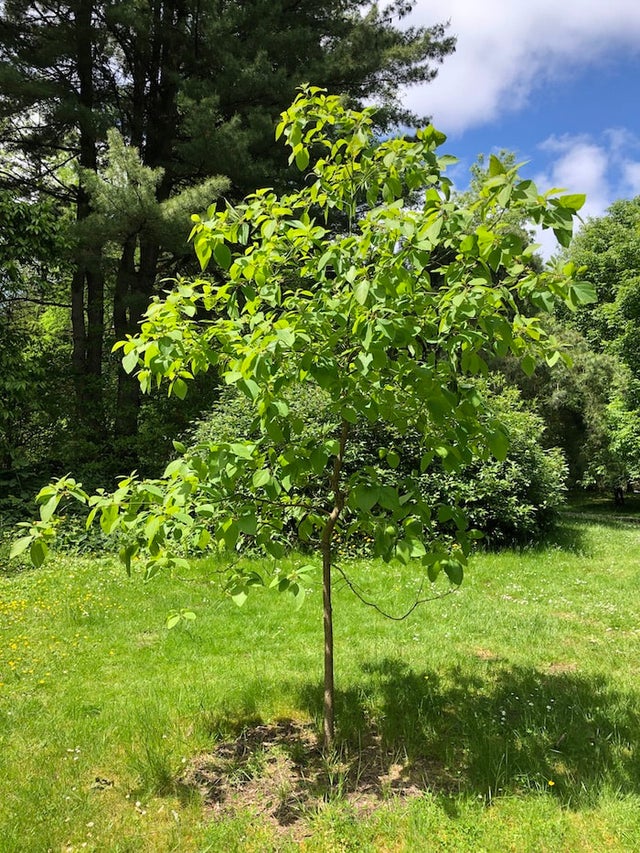 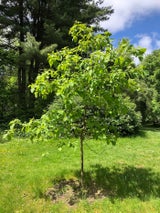 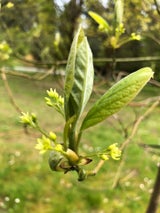 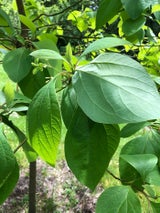 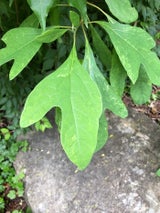 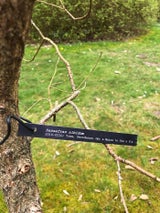 Sassafras albidum,﻿ a native to the deciduous forests of eastern North America, is a medium-sized tree which spreads by lateral root suckers and can become a thicket. If a single tree is wanted, the shoots that develop must be removed. It belongs to the Laurel family (Lauraceae).

S. albidum is easily identified by its polymorphic leaves. The mid-green leaves can be three-lobed, bilobed (mitten shaped,) or unlobed (oval shaped). All three different shapes of leaves can be on the same branch. The flowers produced in loose, drooping racemes in early spring are small and yellow. Being dioecious, male and female flowers develop on separate trees. The dark blue fruit which matures in early fall is loved by birds and small mammals.

All parts of S. albidum have a spicy scent. Various parts of the tree were used medicinally and as a cooking spice by native Americans and early pioneers. It was one of the first trees to be exported from North America to Europe. The early colonists thought the root bark was a cure-all, and harvested and shipped so many cut trees that its population declined dramatically. These days sassafras is banned as a food additive in the United States because it contains safrole which was found to be carcinogenic.

It is not clear where the genus name sassafras originated. Some say that it is an adaptation of a native American name. It is also thought that a Spanish physician and botanist, Nicolas Monardes, named the tree sassafras which is a corrupted Spanish word for saxifrage. The specific epithet albidum means 'white' in reference to the glaucous undersides of the tree's leaves.