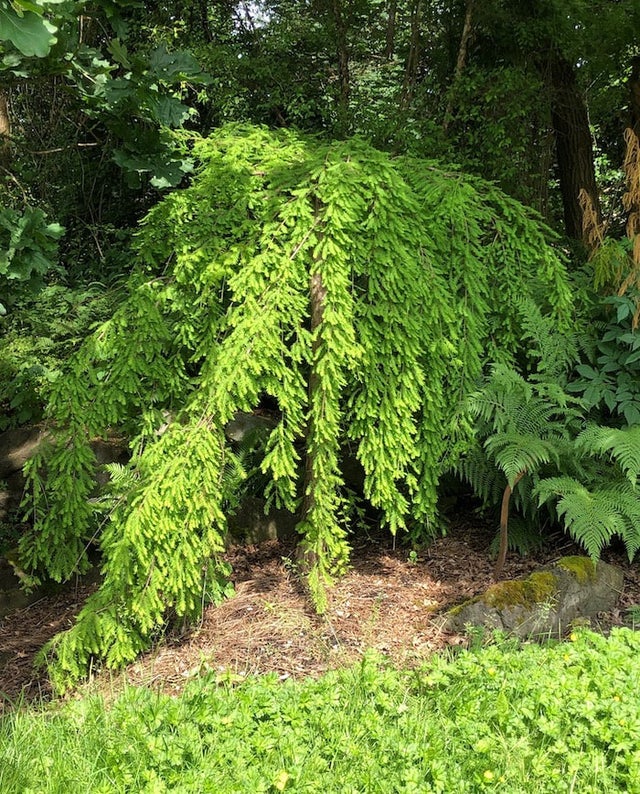 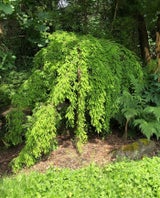 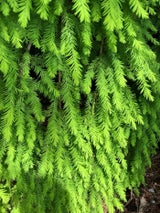 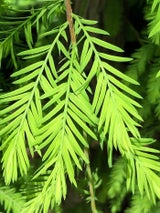 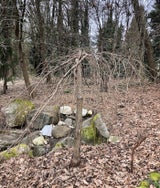 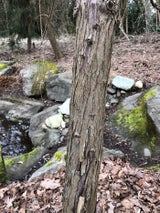 Taxodium distichum 'Cascade Falls', a sport of the bald cypress native to the southeastern United States, is valued for it unique weeping form. It is an adaptable tree, and thrives in wet locations, as well as in ordinary soil.  T. distichum 'Cascade Falls' is grafted onto standard bald cypress rootstock at a desired height. The branches then droop downward from the point of the graft. If ungrafted, the branches would sprawl along the ground forming a ground cover.

Like its rootstock, this deciduous conifer has soft, feathery, bright green foliage in spring and summer which turns to rusty orange and brown in fall before defoliating. Its bark is reddish brown, fibrous, and grooved.

Taxodium distichum 'Cascade Falls' was discovered in the late 1990s by nurseryman Graeme Charles Platt. The plant was growing in a cultivated area along the bank of a small man-made lake on his property in Albany, Auckland, New Zealand. All 'Cascade Falls' trees come from this one plant.

T. distichum 'Cascade Falls' is located in Bed 159 between the Alma VanDusen Meadow and the Stone Garden. The photos were taken in the winter and late spring of 2022.