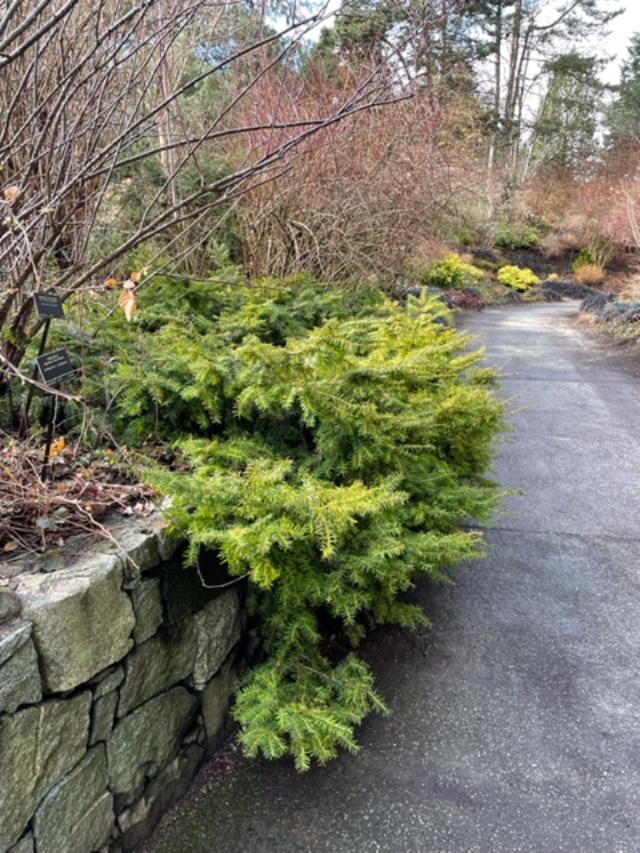 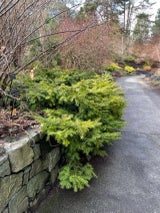 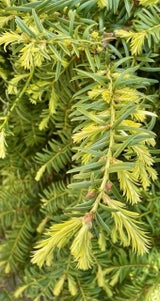 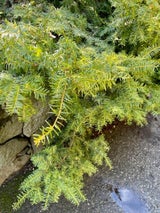 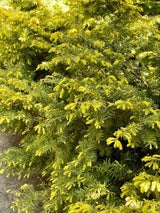 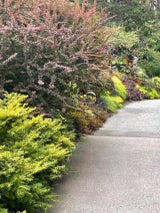 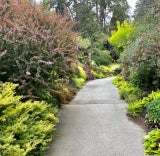 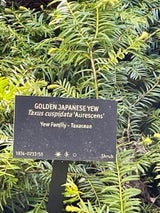 Golden Japanese yew (Taxus cuspidata ‘Aurescens’) was the first of the variegated Japanese yews in cultivation. This low, compact, slow-growing shrub has striking, bright yellow new foliage that gradually fades to glossy green. It can grow in full sun or full shade and tolerates dry locations like few other plants. But wet soil or standing water should be avoided.

Our golden Japanese yew was planted in 1974 at the beginning of the Black and Gold Garden. Perfectly placed to both grow well and enhance this unique garden with its golden tips. Its species name cuspidata means 'sharply pointed'. This refers to the sharp pointed tips of the foliage.

More on this species and the genus Taxus.

The pictures were taken of golden Japanese yew throughout the seasons in Bed 55 of the Black and Gold Garden.