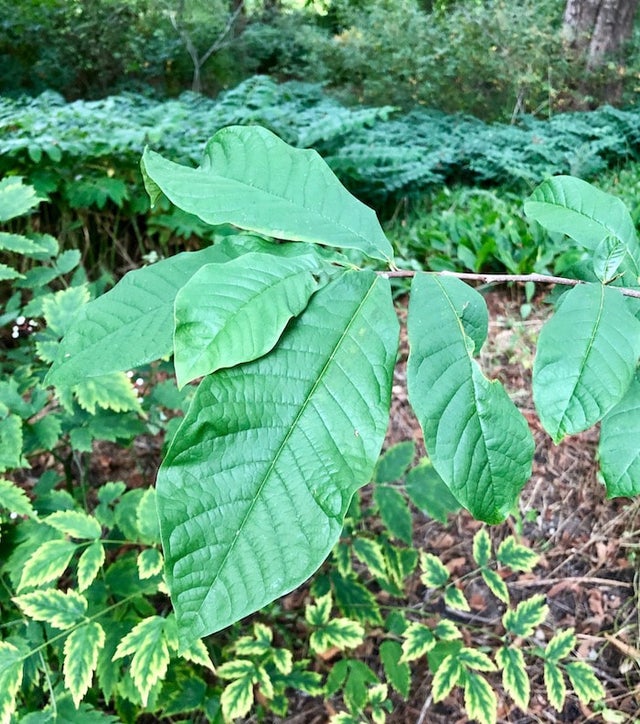 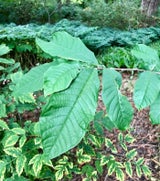 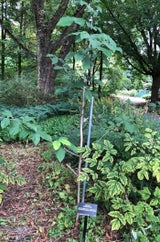 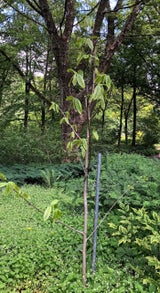 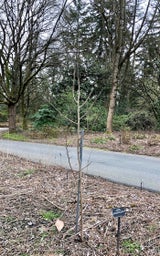 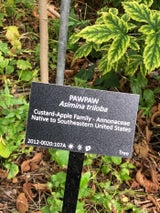 Asimina triloba is a small, tropical-looking deciduous tree in the custard-apple family (Annononaceae). It is indigenous to the eastern United States and southeastern Canada. Asimina triloba produces the largest edible fruit of any native North American plant.  Its wild population is dwindling due to deforestation. It is ranked N3 (vulnerable).

Asimina triloba bears large, drooping leaves which turn yellow in fall. The flowers which are produced in early May are a red-maroon colour and have a faint, unpleasant odor which attracts its pollinators, carrion flies and beetles. Asimina triloba fruit is large, yellowish-green to brown in colour, and matures between September to October. It is said to have a sweet, custard-like flavour similar to a banana or a mango. Asimina triloba fruit bruises easily and has a short shelf life so it must be eaten within a few days of picking.

The genus name Asimina is of French Native American origin. The species name triloba refers to the petals and sepals which are in groups of three.

Asimina triloba, planted in 2012, is located in Bed 107A of the Eastern North America collection. There are also two mature trees, planted in 1978, in Bed 27 by R. Roy Forster Cypress Pond.

Text and tree photos by Kumi Sutcliffe in the Garden.

Flower by Phyzome, via Wikimedia Commons

Cross-section of fruit by Cbarlow via Wikimedia Commons