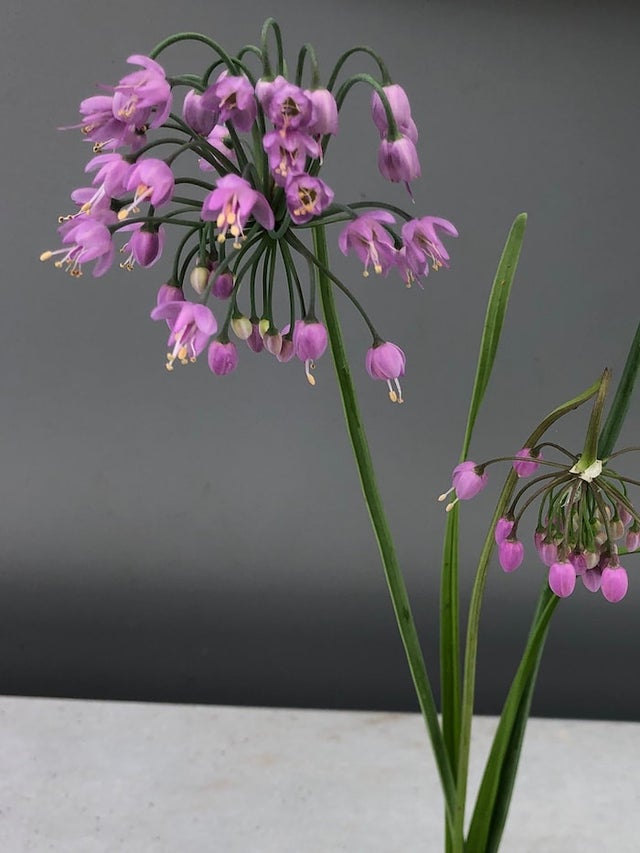 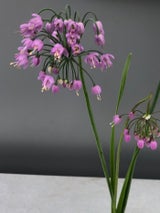 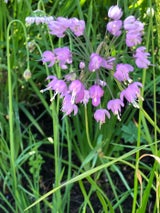 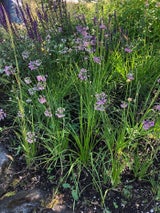 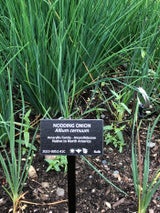 Allium cernuum is a great addition to rock gardens, borders, naturalized areas, and pollinator gardens. It is native to North America and has a wide distribution. In Canada, it can be found from British Columbia to Ontario.

A. cernuum is a clump-forming perennial with small, pink, bell-shaped flowers which bloom from early to mid summer. The flowers appear in loose, drooping clusters atop leafless scapes. The leaves are flat, narrow, and grass-like, and persist into late summer before dying back. Like other members of the Allium genus, it has the characteristic oniony smell when its leaves, stems, or bulbs are bruised or cut.  A. cernuum typically grows from 20 to 45 centimetres (8 to 18 inches) tall.

Although A. cernuum is edible and was eaten in the past, today it is not considered to have culinary value. It is attractive to bees, beneficial insects, and butterflies because it is rich in pollen and nectar.  Unlike other alliums, the flower umbels of A. cernuum droop downward towards the ground "bent like a shepherd's crook", thus the Latin species name 'cernuum' meaning drooping or nodding.

Allium cernuum can be found growing in Bed 24A of the Cascadia Garden, and in the Herb Garden.