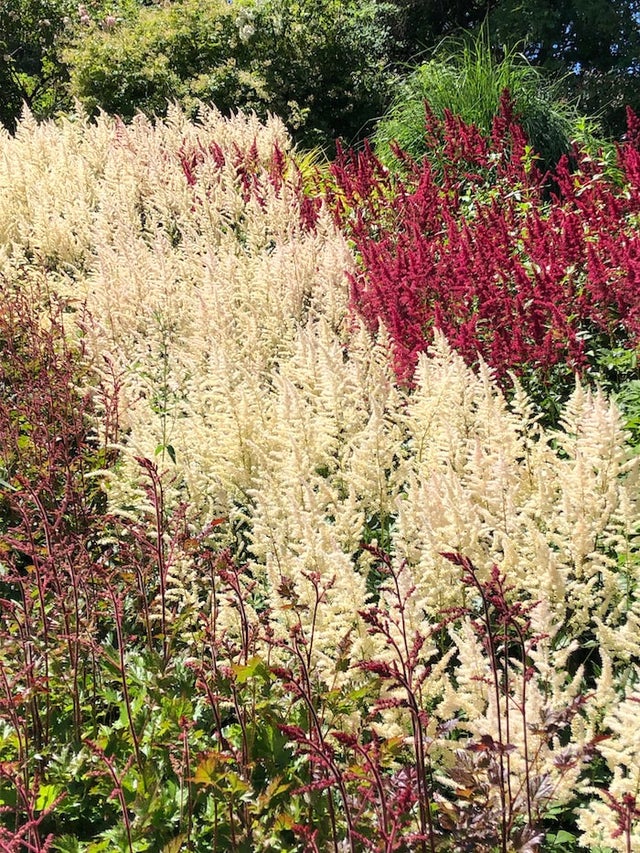 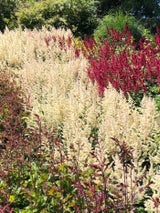 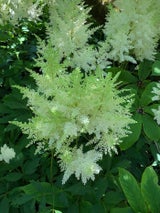 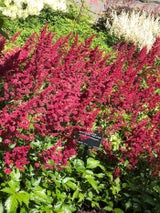 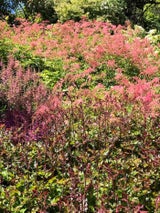 Astilbes are grown for both their flowers and their foliage and are the ideal plants for a shade or woodland garden. They are easy to grow and care for and come in a variety of colours and sizes.  Astilbes are recognized by their tall, fluffy spires of flowers that tower above the frilly, fern-like foliage. They prefer light to moderate shade and soil that is free-draining, yet a little moist. If you notice the leaves curling inward, the soil is too dry. Astilbes will not tolerate drought.

Astilbes belong to the Saxifrage family (Saxifragaceae). They are extremely insect- and disease-resistant, but attractive to pollinators like butterflies, bees, and hummingbirds.

Astilbes look dramatic planted en masse. They usually bloom from June through summer in shades of white, pink, lilac, magenta, and red. Their leaves are comprised of serrated leaflets on compound leaves.  Astilbes spread via underground rhizomes.   They should be divided every three to four years to retain their vigour. There are many different varieties of astilbes. Compact ones may only grow 25 cemtimetres (10 inches) high, while others can have 1.2 metres (4 feet) flower spikes.

Astilbes were first found growing in the mountain ravine and woodland areas of China (A. chinensis) and Japan (A. japonica and A. thunbergii). In the late 19th and early 20th century, a German horticulturalist, Georg Adalbert Arends started breeding Astilbes. He took the known species and started crossing them to create new varieties. Through this work, he developed the named hybrid cultivars known as Astilbe x arendsii.

In Greek, the name astilbe means 'without brilliance' and may allude to the fact that in some species the leaves are dull.

A large display of Astilbes which were planted in 2019 can be found in Bed 35C next to Livingstone Lake.

Some of the cultivars in the Garden include: