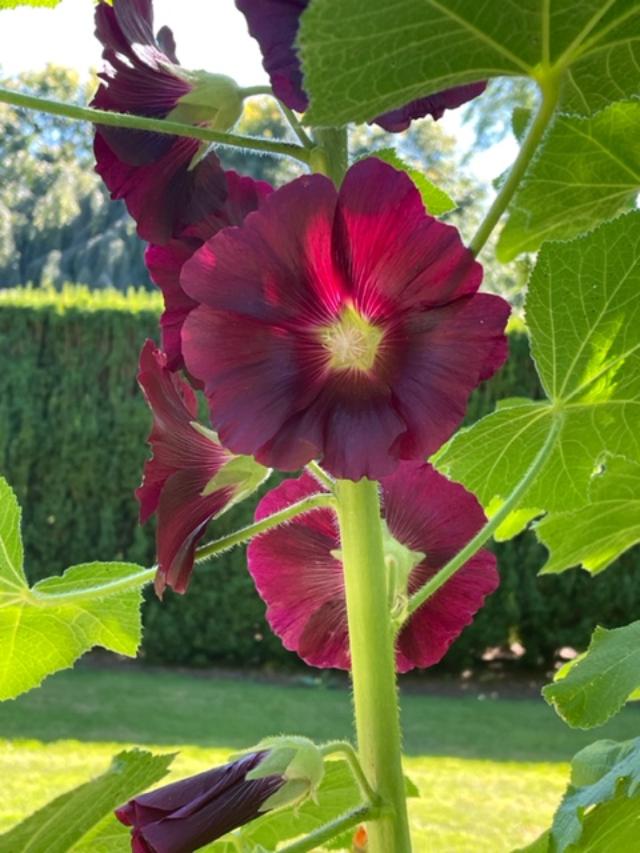 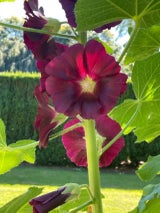 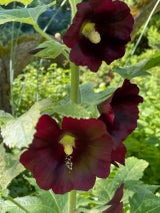 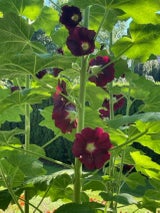 There is nothing better than hollyhocks (Alcea rosea) blooming in summer. Wherever they are - lining paths, hiding secret gardens, adorning the sides of barns - hollyhocks stay in your memory forever. Tall biennials or short-lived perennials, these natives of China grow high (up to 3m/9ft). The flowers are on rigid towering spikes and bloom from June to August. The flowers can be white, pink and red. Even black. The large leaves are heart-shaped and become smaller and smaller as they climb the towering spikes.

There is nothing worse though than that eyesore rust that always gets on them.  Hollyhocks and rust seem to be inseparable. But not always. In 1873 a rust disease (which had spread from South America to Australia and then to Europe) began to attack hollyhocks. The effects of the disease were devastating. The cultivation of hollyhocks was abandoned by the end of the 19th century. By the 1930’s hollyhocks were beginning to make a comeback.

And that is good news. It is said that if you leave room in your garden and your life for hollyhocks, the fairies will come to dance. And growing them by seed is the best way to do it.

The pictures of the ebony hollyhock (Alcea rosea ‘Nigra’) were taken in bed 50C in July.