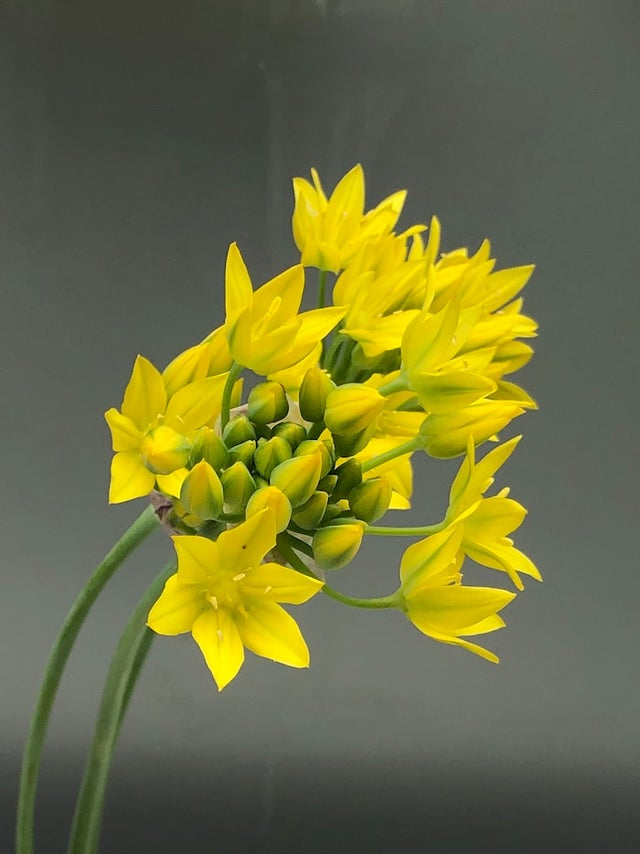 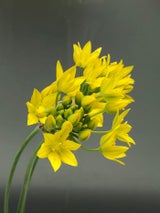 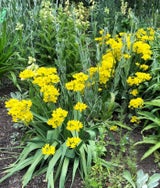 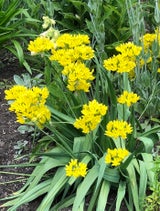 If you saw Allium moly, would you think it was related to onions and garlic?  Allium moly is a bulbous perennial native to France and Spain. It blooms in late spring and thrives in a sunny location with good drainage.

A. moly has small, star-shaped, sunny yellow flowers which appear in umbels (loose clusters) atop leafless stalks. The blue-green basal leaves are flat like tulip leaves and appear in twos.  Allium moly grows up to about 25-30 centimetres (10-12 inches) high. The flowers, leaves, and bulbs of A. moly are edible, and have a mild oniony/garlicky flavour.

Allium moly was described and named by Carl Linnaeus in 1758. It is a useful plant for the border, in a rock garden, or in a cottage garden.  A. moly can be found in Bed 58B of the Mediterranean Garden and 50E of the Heritage Rose Garden, as well as other areas of VanDusen.