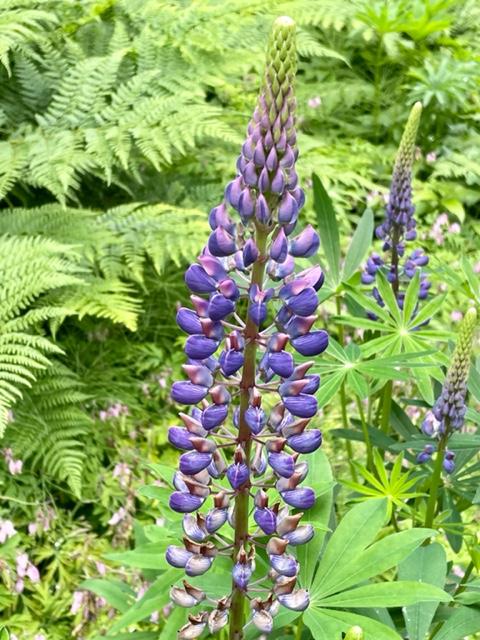 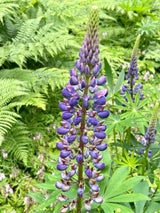 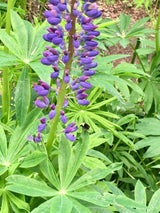 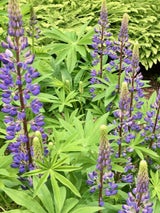 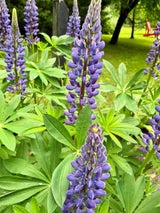 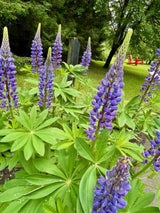 Lupinus polyphyllus is well-named. It is not just the leaves but everything is big and broad about this native of western North America. A herbaceous perennial with stout erect stems. Tall, showy flowers from spring to mid-summer. A pea family member on the march - enriching soils with nitrogen.  Nectar and pollen-rich flowers for native bees, bumble bees, and other beneficial insects. For hummingbirds too.

There is a downside with this lupine native though. When bigleaf lupine was introduced to Maine as a landscaping plant, it quickly got out of control and became an invasive plant. The problem is that no butterflies and moths in the east share an evolutionary history with bigleaf lupine, so their caterpillars cannot develop on its leaves.

On the other hand, in its native territory bigleaf lupine has been involved in prairie or wetland restoration. Bigleaf lupine plants are deep-rooted and suitable for erosion control and soil stabilization. And in British Columbia, Thompson tribes considered it poisonous but used it medicinally for themselves and their horses. The Salishan made tonics from it, and the Kwakiutl ate the roots, fresh or steamed.

The genus name Lupinus comes from the Latin word ‘lupus’ for wolf. It was once mistakenly believed that this plant soaked or ‘wolf-downed’ all the nutrients from the soil. Today we know bigleaf lupine is a nitrogen fixer - adding much needed nitrogen to the soil. The species epithet polyphyllus is from Greek and means ‘many-leaved’. And you can see these ‘many-leaved’ lupines in the pictures taken in the BC Habitat Garden in spring.