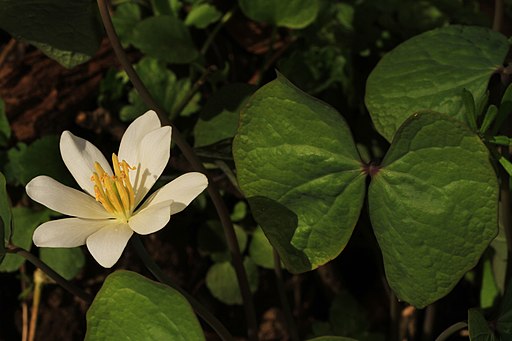 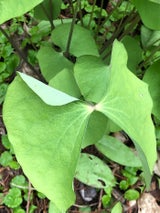 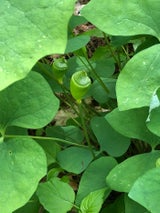 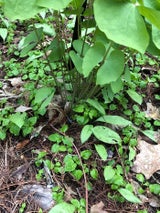 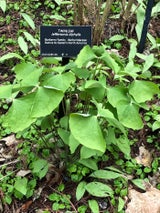 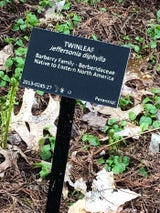 Jeffersonia diphylla is a clump-forming, woodland perennial native to the moist deciduous forests of eastern North America. It is one of two species in the Jeffersonia genus and belongs to the barberry family (Berberidaceae). The other species, J. dubia, is found in Asia.

Jeffersonia diphylla flowers are fragile and fleeting, lasting only a few days. White, cup-shaped flowers sit atop wiry, leafless scapes. Each flower has eight petals and eight yellowish stamens. The flowers produce no nectar, but do produce large quantities of pollen which attracts pollinators, mainly bees. J. diphylla leaves have two deeply divided symmetrical lobes which are reminiscent of a pair of outspread butterfly wings. The fruit that follows the flowers is a green, pear-shaped capsule with a hinged top that pops open to disperse the seeds which are collected by ants.

The genus name Jeffersonia honours Thomas Jefferson, third president of the United States. He was an aspiring horticulturalist, and grew this plant in his gardens at Monticello. The epithet diphylla is from the Greek words 'di' for two and 'phyllon' for leaf. The common name 'Twinleaf' is in reference to the two large lobes of every leaf.

Jeffersonia diphylla can be found in Bed 27 across the path from Prunus padus 'Watereri'. The Garden photos were taken on April 19th and May 17th of 2022.

Text and photos by Kumi Sutcliffe, except for flower photo by Judy Gallagher, via Wikimedia Commons, taken April 5, 2015 in Maryland.