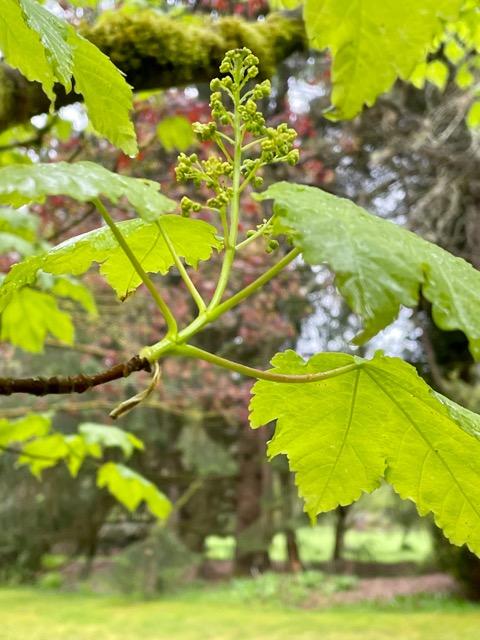 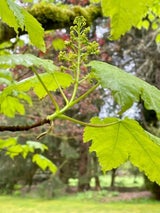 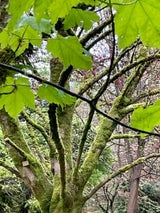 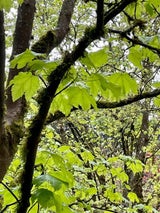 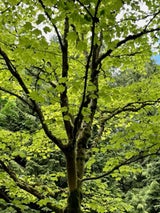 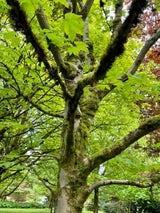 Acer velutinum, our only velvet maple, is best visited in the rain. With its branches covered in moss and its big leaves dripping, velvet maple could be in its native home - a moist, mixed deciduous forest. This is an ancient forest called the Hyrcanian and found in the mountains of Northern Iran. A 25 - 50 million year old forest and now a UNESCO World Heritage site. More information.

Velvet maple is growing in our Maple Collection close to the BC Habitat Garden. But it would happily move to the Hoh Rainforest in the Olympic Peninsula National Park - just to see the big-leaf maple (Acer macrophyllum). Big-leaf maple is the only maple that has larger leaves than velvet maple. Acer velutinum has something special though. The undersides of its leaves have soft short hairs that feel like velvet. And so its specific epithet.

The pictures of velvet maple were taken in spring.