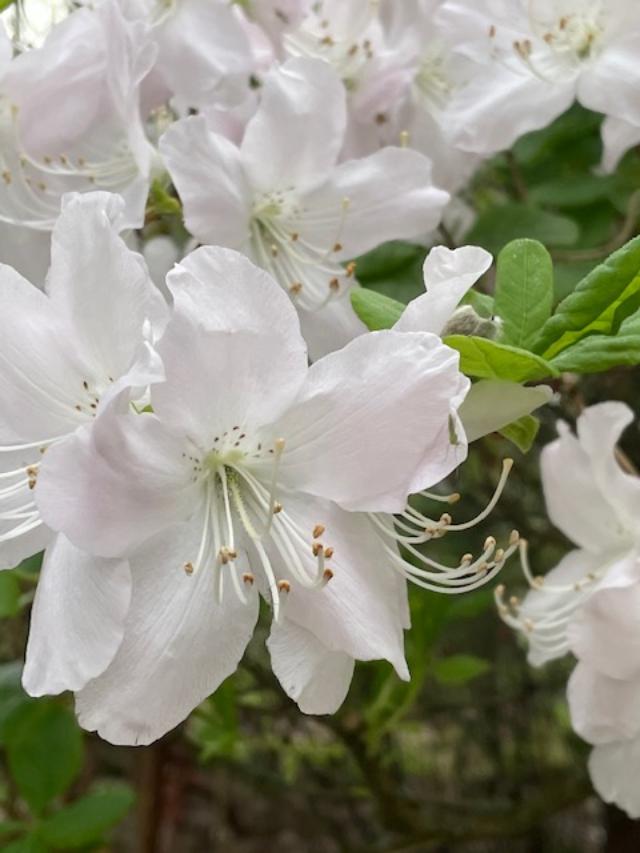 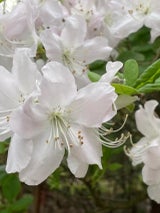 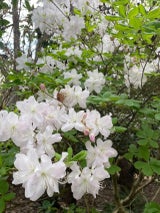 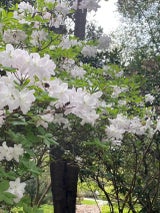 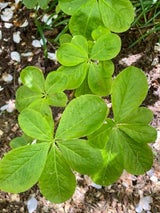 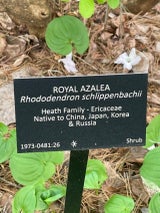 Rhododendron schlippenbachii received the British Award of Merit in 1896 and is considered to be one of the finest azalea species. This exceptional deciduous shrub has lightly fragrant, saucer-shaped flowers in spring. Held in loose clusters of 3 to 6, these flowers are pale pink or white, often with reddish-brown flecks. The rounded leaves appear in groups of five at about the same time and seem to be whorled at the stem tips. They are thinly textured and will burn if not given protection from the afternoon sun. In open shade these leaves turn fiery shades of yellow, orange and crimson in autumn.

The royal azalea is native to Korea, China, Russia and Japan. It is very common in Korea, where it forms the dominant understory on the lower slopes of mountains in open woodlands. In its native woodlands, this hardy azalea grows to 5 m/15 ft with a dense rounded habit. It was ‘discovered’ in 1854 by a Russian naval officer, Baron. A. von Schlippenbach - and so the unwieldy species name. But the common name captures this graceful azalea perfectly. The pictures were taken in the Woodland Garden in bed 26. You can also find royal azalea growing on the Azalea Trail and in the Korean Garden.