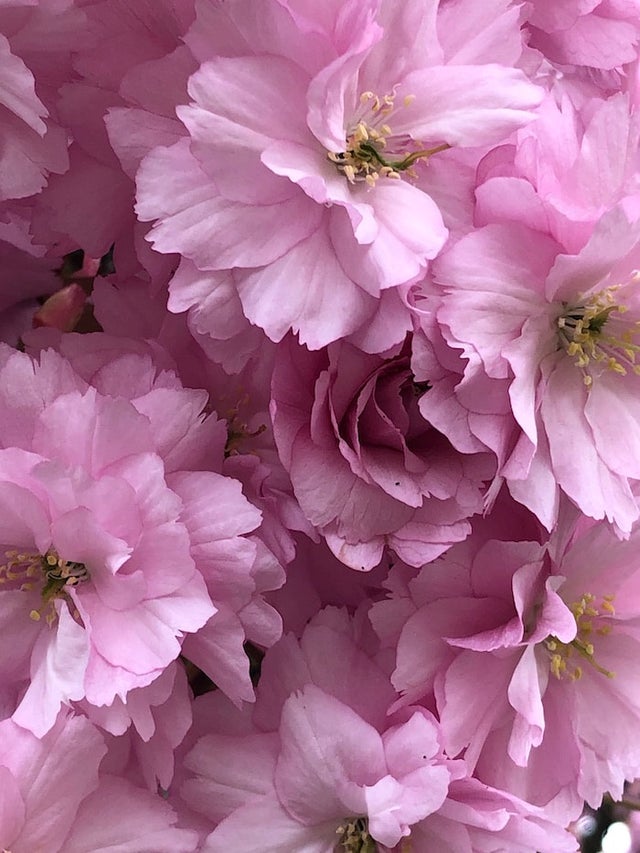 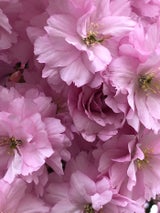 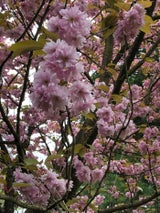 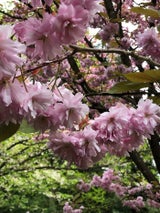 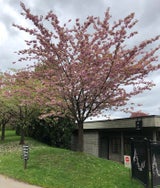 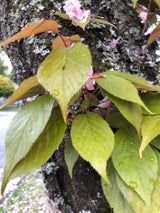 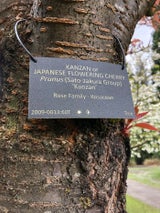 P. (Sato-zakura Group) 'Kanzan' has a vase-shaped habit when young, and becomes more spreading with a rounded crown as it matures. It produces abundant clusters of large (6 cm wide), deep-pink double flowers from late April to early May. Each blossom has twenty to thirty petals. The leaves emerge bronze while the tree is in bloom, then turn mid-green. In fall they turn to shades of yellow, orange, and copper before dropping.

'Sato-zakura' means village or domestic cherry, referring to flowering cherries of garden origin. They do not grow in the wild, but are the result of complex crosses. They are cultivated varieties (cultivars). P. (Sato-zakura Group) 'Kanzan' has been in cultivation since the 17th Century. 'Kanzan' is an old Japanese word from classical poetry meaning 'bordering mountains'. P. (Sato-zakura Group) 'Kanzan' was introduced to North America in 1903, made famous by the floral displays in Washington, D. C. It was introduced to European gardens around 1913, and received the RHS Award of Garden Merit in 1921.

Several P. (Sato-zakura Group) 'Kanzan' can be found in Bed 60T across the path from the Giant Redwoods.

Text and photos by Kumi Sutcliffe. All photos taken in the Garden, except for street photo taken at 44th and Columbia, Vancouver, BC.