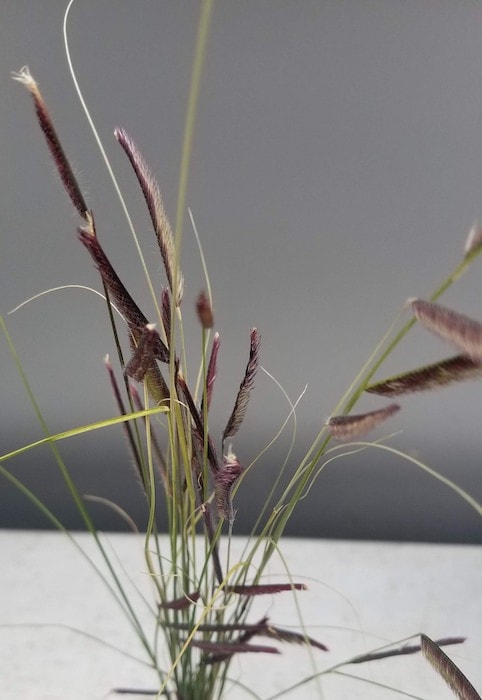 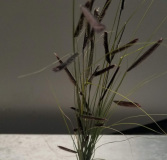 Bouteloua gracilis is a grass, native to North America from the Prairies south to northern Mexico. Its flowering stems terminate in little spikelets which look like mosquitos or thick eyelashes. It can be found in the Grass Bed, and a cultivar, B. gracilis 'Blonde Ambition', is found in the Backyard Bird Garden.

Also called blue grama or mosquito grass, this genus is named after two Spanish botanists, Claudio and Esteban Boutelou. The "mosquitos" refer to the flowers which hover about the foliage and look like dried insects.