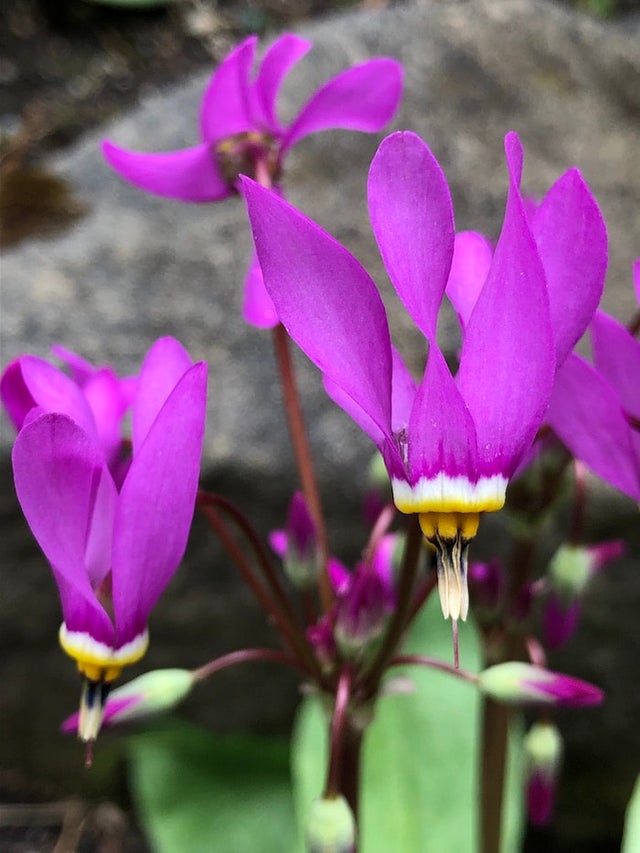 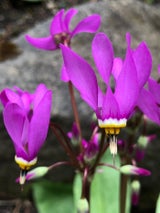 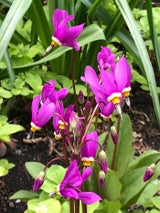 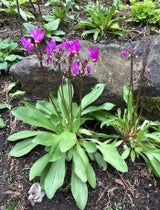 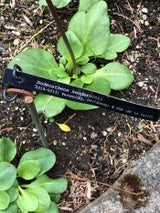 Dodecatheon hendersonii is a perennial wildflower native to western North America from British Columbia south into California. It grows in open woodlands, forest edges, and grasslands. It is a major plant in the Garry Oak meadows of southern Vancouver Island.

D. hendersonii is a member of the Primrose family (Primulaceae) and shares characteristics such as leafless flower stalks and leaves arranged in basal rosettes. The flowers are delicate and cyclamen-like and resemble miniature darts. They vary in colour from pink to magenta to white. Each flower has four to five petals and a cluster of prominent dark stamens. The soft green leaves which appear in early spring are spoon-shaped and lay flat to the ground.

D. hendersonii was first collected by Louis Forniquet Henderson one of Oregon's most important early botanists. He was known as the "Grand Old Man of Northwest Botany".  He was also the first ever botany professor at the University of Idaho.

The genus name Dodecatheon is Greek meaning 'twelve gods', referring to the twelve main gods in Greek mythology who resided on Mount Olympus. The specific epithet hendersonii was given by Asa Gray (the Father of American Botany) to honour the collector.

D.hendersonii is a spring-flowering ephemeral, going dormant and disappearing as summer comes.

Text and photos by Kumi Sutcliffe. The photos were taken on May 3, 2022 in Bed 84B across the path from the old Western redcedar.