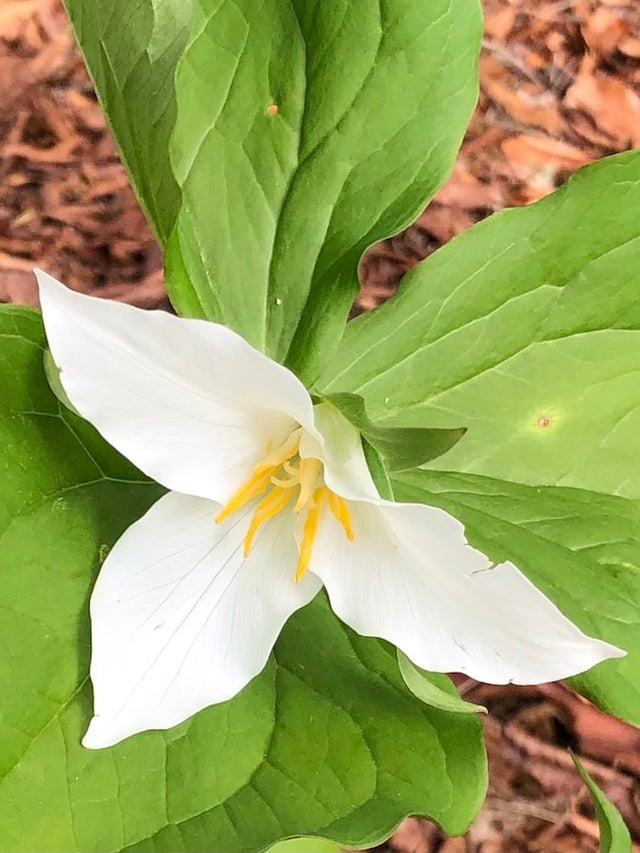 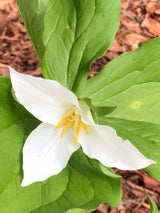 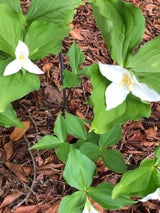 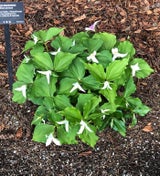 Trillium ovatum, native to the Pacific Northwest, is the most abundant and widespread trillium in western North America. T. ovatum spreads by underground rhizomes. It does not produce true leaves or stems above the ground. The stems are considered an extension of the rhizome. The part of the plant that we notice most, the flower, is a flowering scape, and the leaflike structure is a bract. T. ovatum has fleshy, berrylike fruit which attracts ants. Ants help to disperse trillium seeds. They take the fruit to their nests to feed the elaisome (the fleshy outer covering of the seed) to their young, carrying the seeds away from the parent plants.

'Trillium' is from Latin meaning three parts. The bracts, the sepals, and the petals are in groups of three. The specific epithet 'ovatum' also from Latin, means egg-shaped referring to the shape of the leaves and petals. The common name 'Wakerobin' is in reference to the trillium blooming in early spring at about the same time robins appear, but in our area there seem to be robins year round.  T. ovatum is known as a spring ephemeral. As summer approaches, the plant goes into dormancy and disappears from sight.

T. ovatum can be found in the B. C. Heritage Garden and the Cascadia Garden. The photos were taken on April 19th, 2022, near the stairs leading to the Floral Hall.