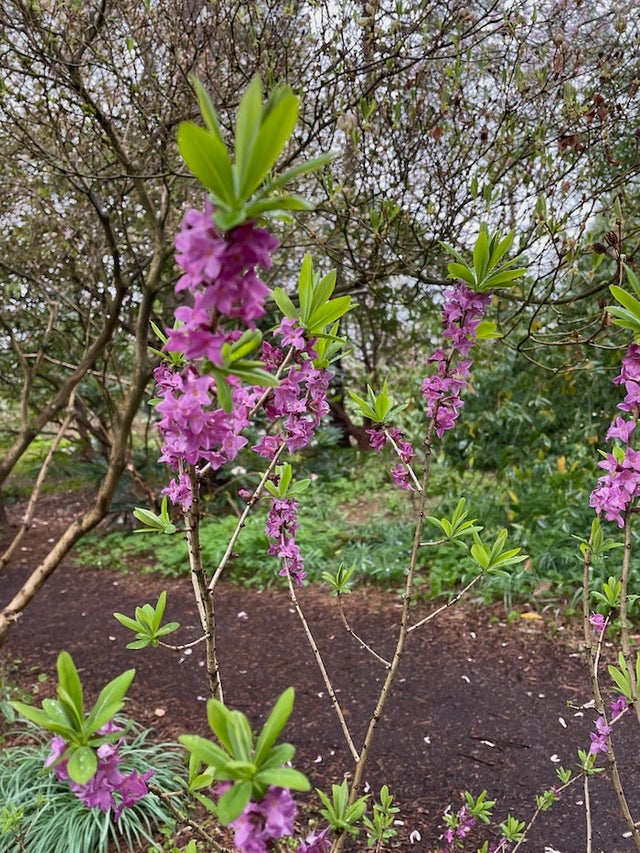 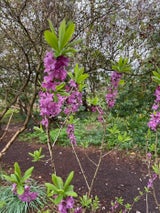 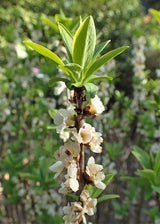 Daphne mezereum is a small, spindly, deciduous shrub native to Europe and Western Asia. Before it leafs out in early spring, it has strongly scented purple flowers followed later by very toxic red berries. There are several plants in the Garden, but the specimen on the southwest side of the Woodland Garden is especially noticeable. We also planted a white-flowered cultivar, D. mezereum f. alba, with white flowers, along the Winter Walk, but they appear to have disappeared. Flowering time