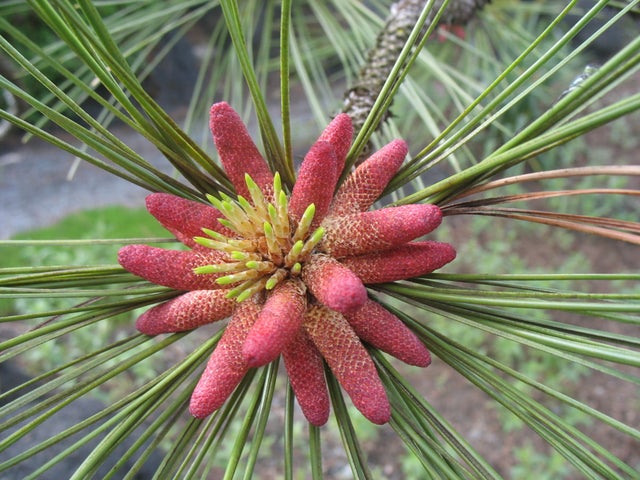 Pinus ponderosa is tall coniferous pine native to Western North America. It was first described by David Douglas near Spokane, Washington. He created the specific epithet 'ponderosa' from the Greek root for ponderous or heavy because of the bulkiness of the tree. The bark of a mature tree has plaques of orange-brown, with black crevices. The needles are fine and long. Pine bark beetles have ravaged this species.

Our specimens do not look happy because of the warm, wet climate.