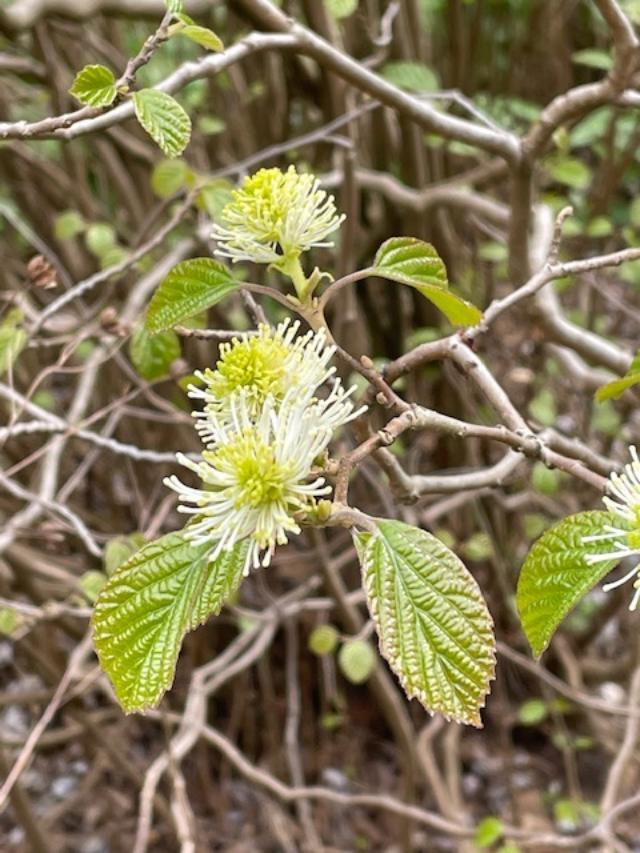 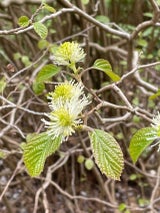 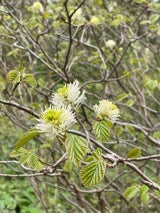 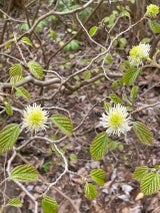 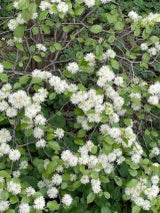 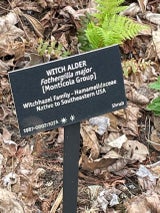 Fothergilla major: Plants that flower before they leaf out are a treat to the eye. And those in the Witchhazel family are the experts. Witch alder is one of these. It is a large, rounded shrub with excellent four-season interest.

Early-flowering, honey-scented, bottle-brush-like flowers appear before the leaves. The flower color comes from the dense clusters of showy stamens (white filaments and yellowish anthers). Summer foliage is blue-green and changes to outstanding shades of orange, red, and yellow in fall. In winter you get to see its sculpture like zigzag branching and light brown bark.

Fothergilla is native to the cool, upland mountainous regions of southeastern United States. It was named to honour John Fothergill (1712-1780), an English doctor. Fothergill was interested in natural history. He corresponded with John Bartram, the mid-18th century plant collector, for over twenty years. The specific epithet ‘major’ means bigger or larger.

The pictures were taken in VanDusen in May. The witch alder in the Eastern North America Garden was just beginning to leaf out, while the one facing Oak St. near the 33rd lane had every flower and leaf out.