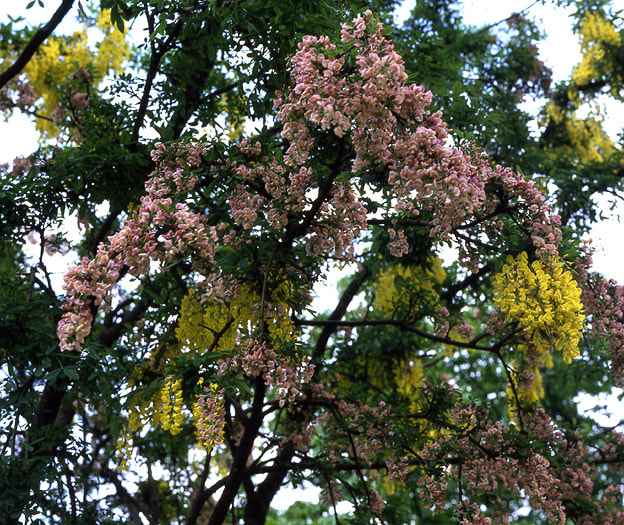 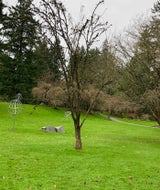 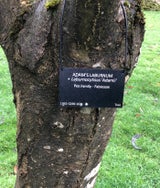 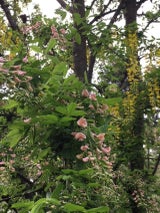 +Laburnocytisus 'Adamii' is a small deciduous tree in the pea family, Fabaceae. It is a graft chimaera between two species, Laburnum anagyroides (laburnum) and Chamaecytisus purpureus (purple broom). It bears some shoots typical of one species, some of the other, and some which are a mixture of both.

+Laburnocytisus 'Adamii' bears racemes of pea-like flowers. Some are light purple, while others may be coppery pink, and some pure yellow. The flowers are attractive to bees. The foliage is mainly laburnum-like, alternate, trifolate, and medium green.

All parts of the tree are toxic to humans and animals when ingested, especially the seed pods.

+Laburnocytisus 'Adamii' originated in the nursery of Jean Louis Adam near Paris in 1825, probably as an accident.

This tree may be found at the lower end of the Great Lawn near the Beeches.

**VanDusen formerly had two +Laburnocytisus 'Adamii' in the Great Lawn area. Unfortunately one fell during the 2022 winter windstorm..