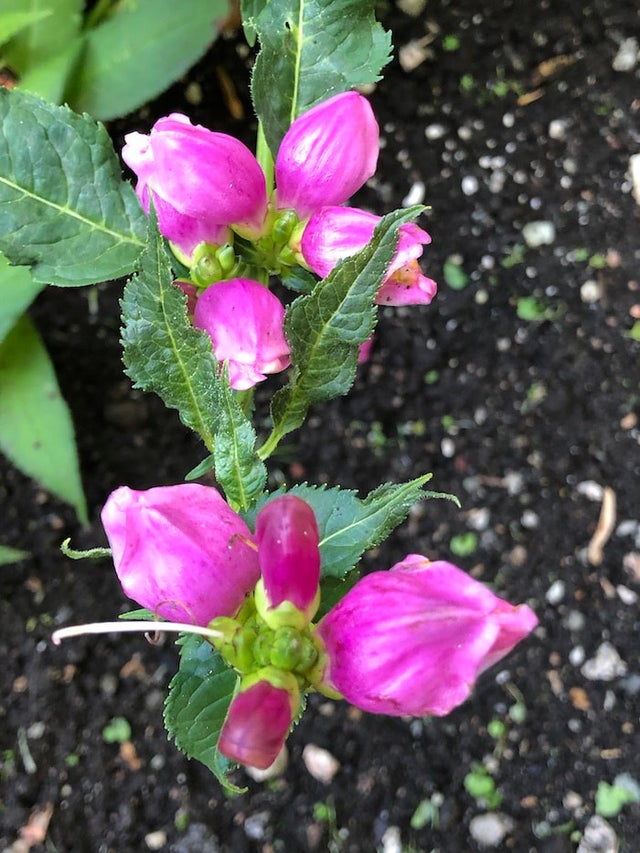 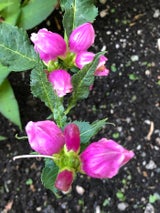 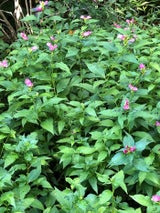 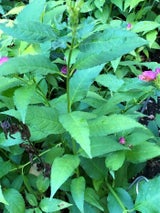 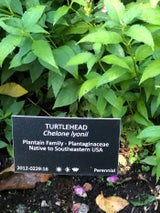 Chelone lyonii is an upright, clump-forming perennial in the Plantain family (Plantaginaceae). It is native to the Southeastern United States. C. lyonii spreads by rhizomes to form large clumps, but is not invasive.

Chelone lyonii has hooded, snapdragonlike flowers which bloom from late summer into fall. The flowers are said to resemble the heads of open-mouthed turtles, hence the common name 'turtlehead'. C. lyonii flowers are clumped at the tops of stiff, square stems which typically grow 60-120 cm/2-4 ft tall.

The genus name is derived from the Greek word 'chelone' meaning 'turtle' and has a connection to mythology. A nymph named Chelone was disrespectful to the gods. As punishment she was turned into a turtle. The specific epithet honours John Lyon, an early 19th century American botanist.

Chelone lyonii can be found in Bed 16 of the Eastern North America Garden.