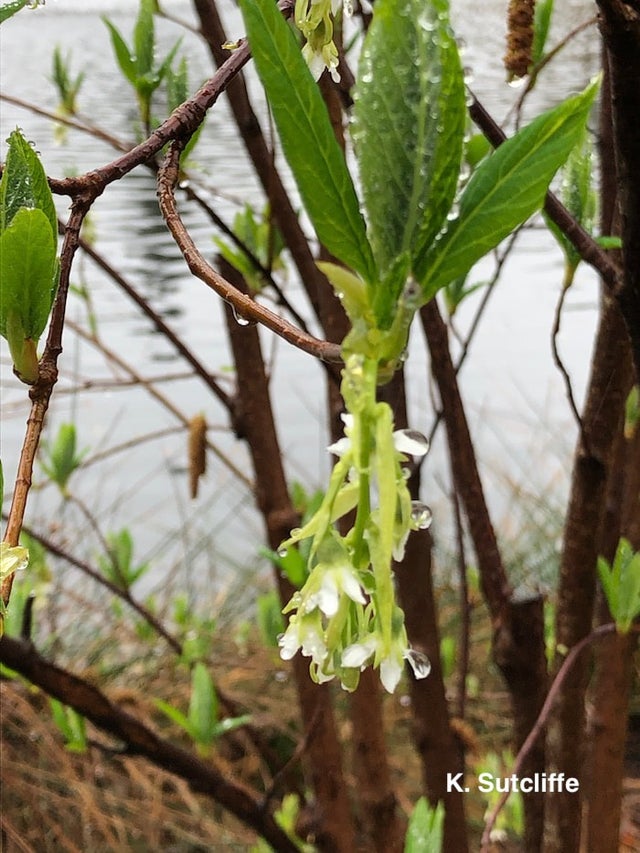 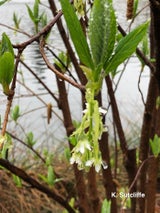 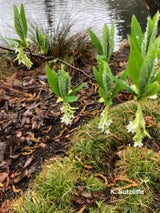 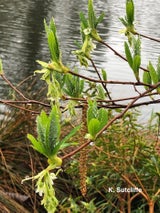 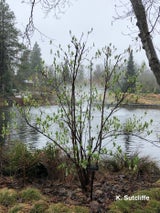 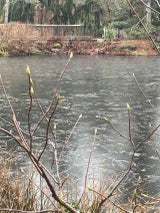 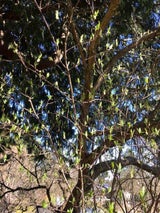 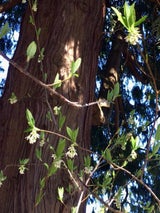 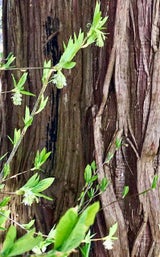 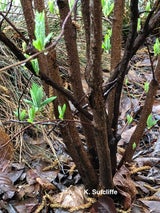 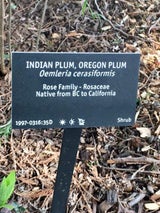 Oemleria cerasiformis - It’s hopeful when you see buds on Indian plum in December. This large and graceful shrub is telling you not to get bogged down in winter because it will be flowering sooner than you think - around late winter to early spring. It is the first deciduous native shrub in the Pacific Northwest to bloom. And get ready for its greenish-white flowers followed by spring green foliage.

Indian plums were eaten in small quantities fresh, cooked, or dried by Native Americans. The dried berries were saved as famine food for winter and the twigs and bark had various medicinal uses. Birds love its fruit and coyote, raccoons, skunk and deer too. Bears also eat its fruit, which explains one of its common names - oso berry. ‘Oso’ from Spanish means bear. Also, Indian plum flowers are an early food source for its pollinators, native bees and hummingbirds.

Native to Western North America, Indian plum grows in dry to moist open woods and stream banks. It is named after Augustus Gottlieb Oemler (1773-1852), a German naturalist from Savannah, Georgia. He was the first to collect the species. The specific epithet ‘cerasiformis’ means cherry-shaped, referring to the fruit.

Augustus Oemler would be happy to see this native shrub being used in gardens today. A sign spring is coming. A brightener on a dreary winter day. It is a subtle woodland plant and you have to look carefully to see it. In VanDusen it’s growing in bed 24B by Livingstone Lake, in bed 35D near the cedar tree by the Ornamental Grasses, and in the BC Habitat and Cascadia Gardens.