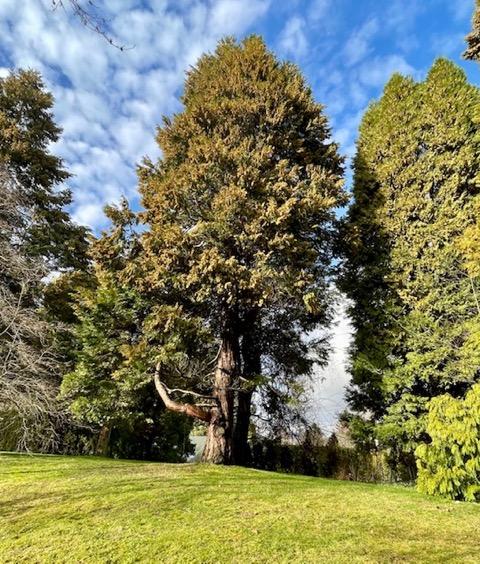 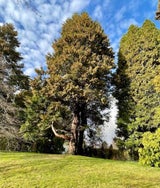 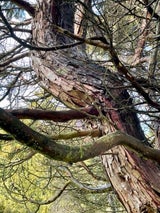 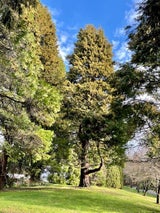 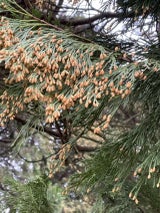 Calocedrus decurrens is an aromatic evergreen conifer in the Cypress family. It is found growing from Oregon all the way down to Baja California. In the wild it can reach a height of 50 m/150 ft or more and live to be over a thousand years old.

Unlike other big trees in the Cypress family, its foliage is held in flattened vertical sprays. This is a subtle difference compared to its unique female cone. A cone shaped like a duckbill. When mature, it opens. And what you see is the open duck bill with its tongue sticking out. No other female cone in the Cypress family looks like this or has the nerve to stick out its tongue.

Native Americans used incense-cedar leaves as a vapor infusion for colds and as a food spice. Its small, flat and scale-like leaves release a distinctive aroma when crushed. The bark fibre was used for basketry or twine as well as for friction fire making and fuel. If you think incense-cedar smells like pencils, you are almost right. Pencils were once made from incense cedar.

Calocedrus translates as 'beautiful cedar.' The specific epithet ‘decurrens’ means 'running down', referring to the arrangement of the male cones at the tips of the branchlets.

Text and photos by Hughie Jones, except for: