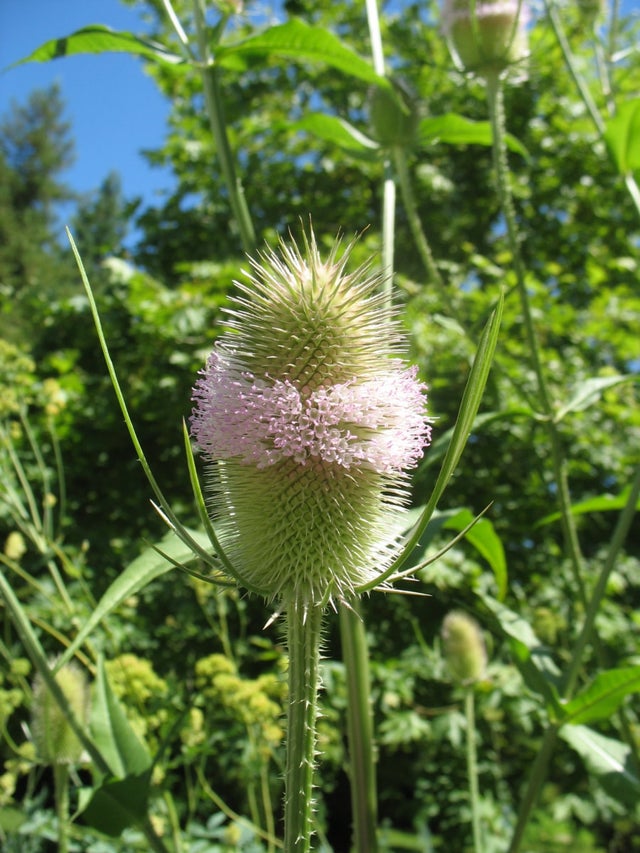 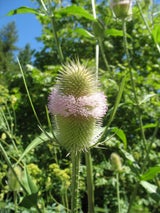 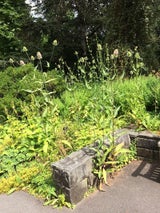 Dipsacus fullonum is an herbaceous biennial growing in the Mediterranean Garden. Tiny pink flowers form an egg-shaped head, which then dries into a spiky seed-head. Traditionally it was used as a sort of comb to raise the nap on nature fibres in a process called 'fulling'.

The Plant Collection Record also lists D. asper in the Sino-Himalayn Garden, planted in 1993, but it's not clear this plant survived. It is an important plant in traditional Asian medicine.

More about the Dipsacus genus.