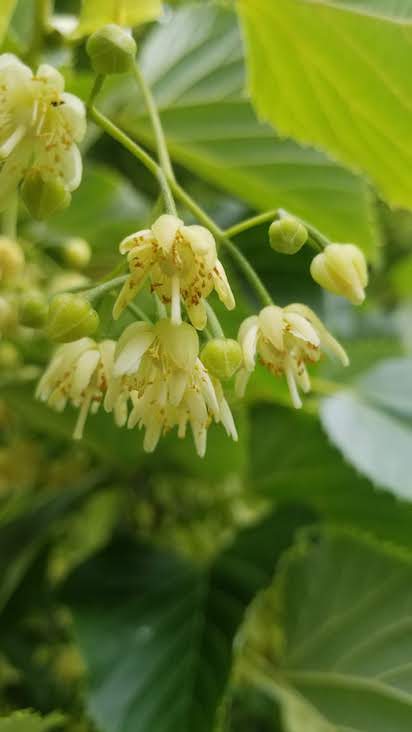 Tilia ﻿is a genus of large deciduous trees. Their early-summer blossoms are very aromatic and are often dried to make an herbal tea. Proust's famous madeleine was accompanied by this tea. We have several species in the north end of the Garden. Their leaves often have knobby protuberances, galls, which are caused by mites.