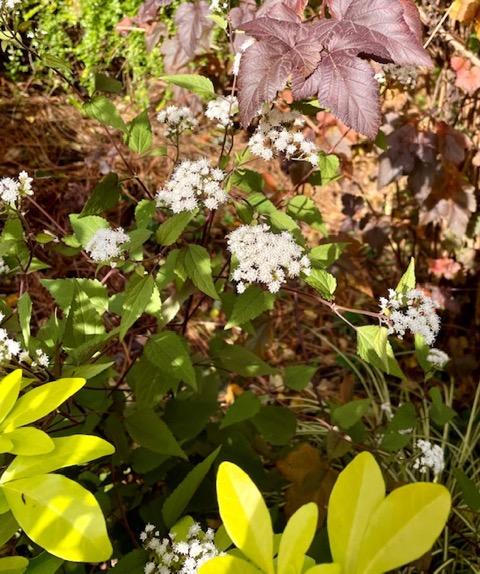 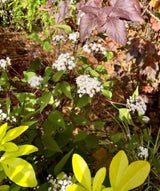 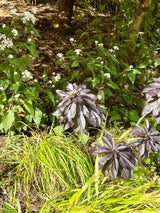 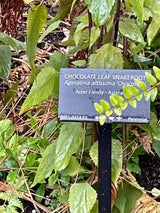 Ageratina altissima ‘Chocolate’ is a herbacious perennial that blooms in fall and doesn’t stop for months. Its modest white flowers, shiny red stems and bronze foliage make a good autumn filler. It is scattered about the Black Garden in sunny and shady areas. A fast grower, it soon reaches a height and spread of 1 m/3 ft. You can also find it growing in the Eastern North America Garden. It was formerly called Eupatorium rugosum.

It is a native of the woodland areas of eastern United States. Native Americans used the roots to create a remedy for snake bite, which explains its common name. And its flowers are a valuable nectar source for butterflies as well as attracting bees and moths.

But there is a downside. It contains the toxin tremetol. Every part of the plant is toxic. Early settlers were unaware of its poisonous properties and would occasionally suffer ‘milk sickness’. This was caused by digesting the milk or meat of a cow that had eaten the plant. Abraham Lincoln’s mother, Nancy Hanks Lincoln, died of milk sickness in 1818.