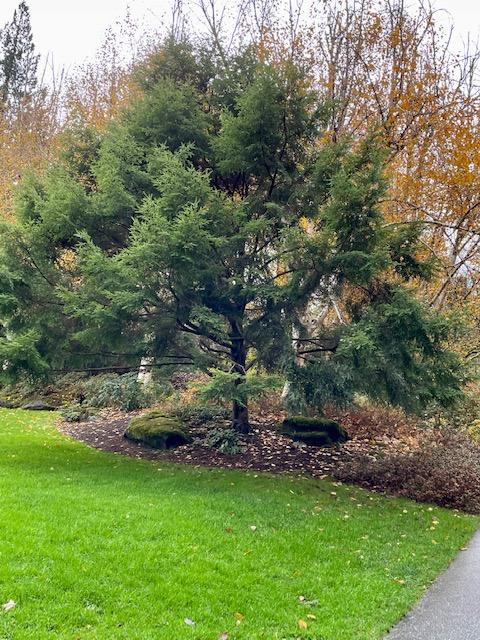 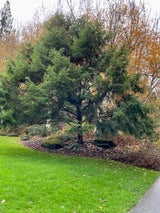 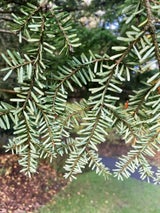 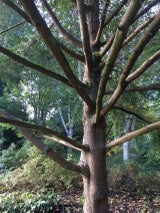 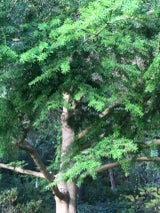 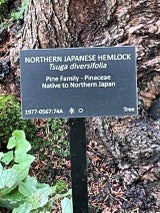 Tsuga diversifolia is native to northern Japan and found near the tree line growing to a height of 10-30 m/30-90 ft. In cultivation it rarely gets over 12 m/36 ft. Its common name in Japan is 'rice tree' (kome-tsuga). If you look at the back of its dark green needles, you will see two white stomatal bands resembling rice.

The genus name Tsuga comes from the Japanese name for trees in this genus. The specific epithet is from the Latin roots ‘diversis’ (differing) and ‘folia’ (leaves). This refers to the different lengths of its needle-like-leaves.

This species was first introduced into cultivation in England by J.G. Veitch in 1861. A small and slow-growing conifer, it is easily placed in a garden. Northern Japanese hemlock likes partial shade in moist protected areas, thriving in cool woodland conditions. Fortunately, T. diversifolia has not been affected by the hemlock woolly adelgid, a tiny insect which has decimated the native hemlocks in eastern North America,

Northern Japanese hemlock has significant protected areas in national parks in Japan and is not considered threatened. Commercially, its wood is used in furniture-making, carpentry and construction.

Facing the Great Lawn,our Tsuga diversifolia marks the beginning of the Sino Himalayan Garden. This handsome conifer has been there in bed 74A since 1977.

Profile and photos by Hughie Jones.