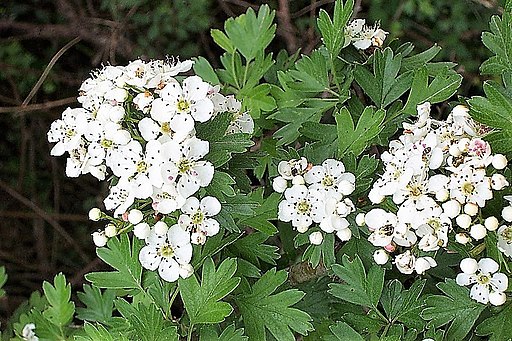 Crataegus monogyna 'Biflora' is a small deciduous tree which, unlike other members of its genus, blooms twice a year, once in winter and once in mid-spring (which is why in England it is called May tree). In 2021, though, its second bloom was at Halloween.

Another common name, Glastonbury thorn, refers to the legend that the tree sprouted from the staff of Joseph of Arimathea. it has red berries and is found in the Ornamental Grass Bed.

October flowering photo by Kumi Sutcliffe in the Garden