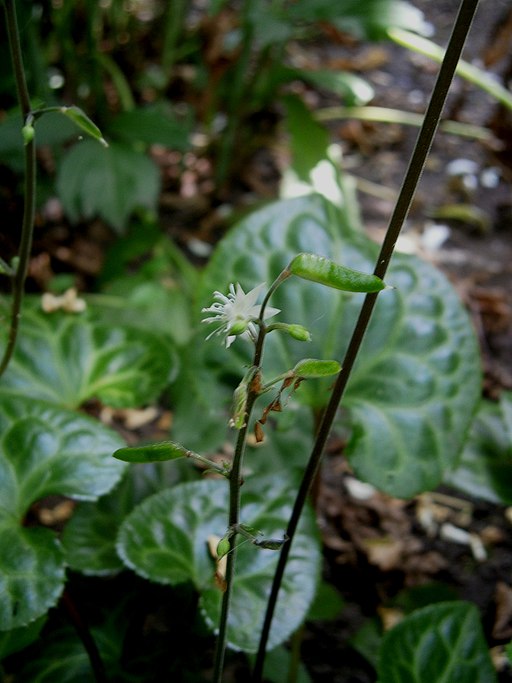 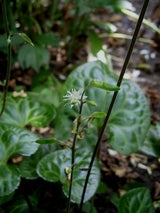 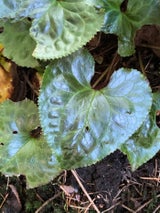 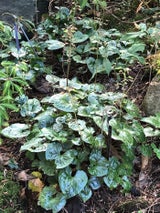 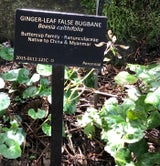 Beesia calthifolia is a small woodland plant native to southwestern China. It is considered one of the best foliage plants for the shade garden. It boasts dark, glossy green, heart-shaped leaves which turn maroon in fall. B. calthifolia blooms from May to September producing tiny star-like white flowers which are held on stiff stems above the foliage.

B. calthifolia was named for the Bees of Chester, a British nursery firm. It was discovered by plant hunters in the Victorian era, but was not introduced into cultivation then. It was introduced to western gardening in 1996 by Dan Hinkley, a Seattle-area nurseryman and plant explorer.

B. calthifolia is a botanical cousin of aquilegia, helleborus, and clematis. It can be found in the Meconopsis Dell.

Text and all other photos by Kumi Sutcliffe