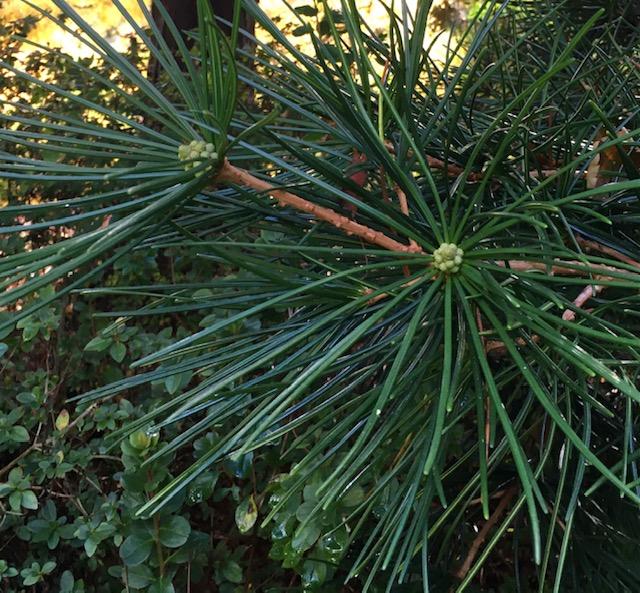 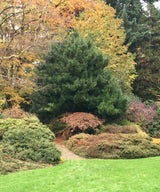 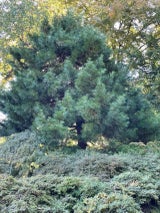 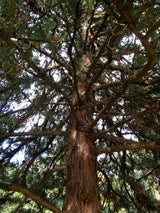 Sciadopitys verticillata is a living fossil. This ancient conifer has inhabited the earth for over 250 million years and now grows in the wild only in the cool cloud forests of central Japan. Umbrella pine can fool you. The leaves that you see on it are not its true leaves, and it looks like a pine tree but it isn’t.

Its common name ‘umbrella pine’ refers to the whorls of leaves resembling the spokes of an umbrella. These needles that appear in showy whorls conduct photosynthesis for the tree but are not true leaves. The true leaves are hidden. They hug the branches. They are brown, small and scale-like. Also, umbrella pine is not a pine - it is the only species in its genus and its family, Sciatopityaceae.

Umbrella pine grows very slowly. In the wild it gets to a height of 40 m/120 ft but in cultivation just reaches 10 m/30 ft. We have several specimens, including the umbrella pine planted in bed 95 in 1981 near the Korean Garden (photos) and another in 1977 by the Sequoia Grove, Both are slow-growing beautifully.