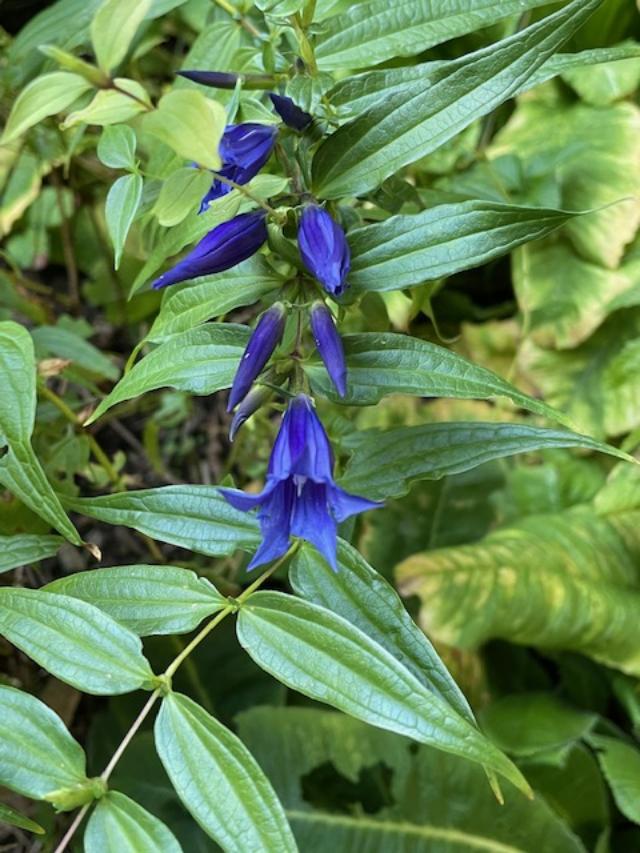 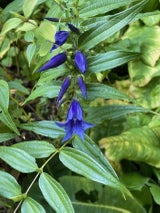 Gentiana asclepiadea blooms in September. You have to catch your breath once you see its dark blue trumpet flowers. Willow-like leaves jut out from arching stems (up to 1 m/3 ft in length). Willow gentian is native to the mountain woodlands of central and eastern Europe and so far is hanging on to enough of its habitat not to be endangered. This deciduous perennial grows well in moist, rich, well drained soil in full sun or partial shade.

According to Pliny the Elder, the genus is named after King Gentius, the last king of Illyria ruling from 181 BC- 168 BC. It was King Gentius who discovered the plant’s healing qualities. Unlike the king, this is not our last plant in VanDusen. But it is worth checking out in the Woodland Garden. You might even see a hoverfly on it looking for pollen.