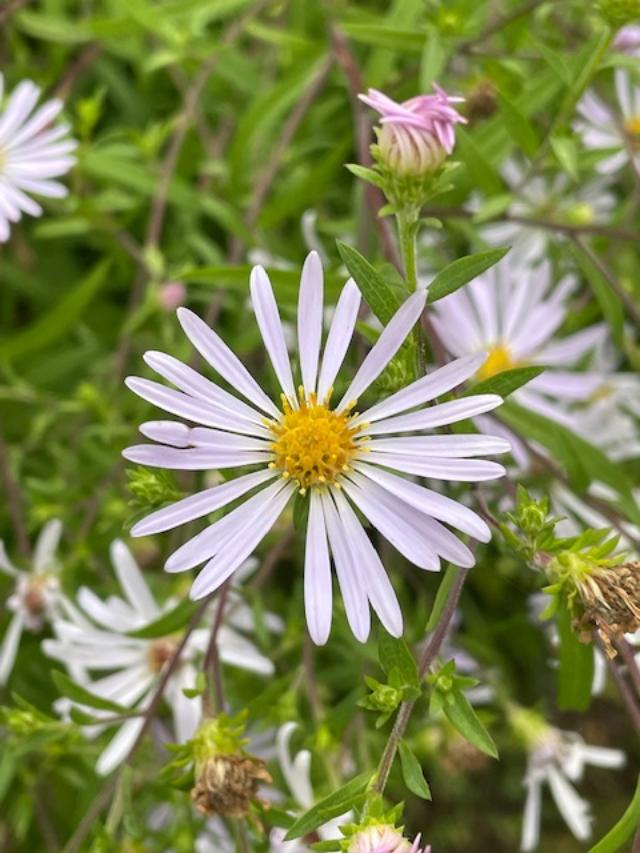 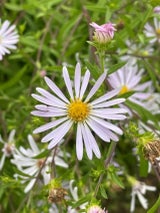 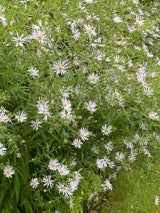 Symphyotrichum subspicatum is a tall perennial aster native from northern California up to Alaska. It grows in the Cascadia Garden along the east fence near the Bentall Pool. This aster was known and used by First Nations long before it acquired the current common name. Tea made from its roots was used to treat fever and diarrhea. And a burned or powdered preparation was used to treat wounds - especially arrow wounds.

Douglas aster’s late-season bloom time July-September means lots of nectar for insects when other plants are shutting down. It is named after Scottish botanist David Douglas. The species epithet 'subspicata' means 'having spikes underneath', referring to the finely-haired leaves. It was formerly Aster subspicatus