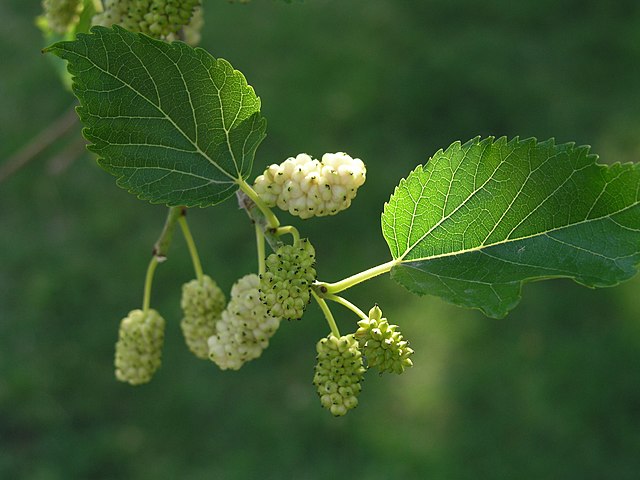 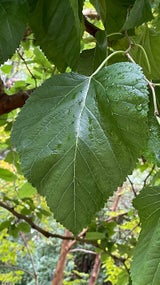 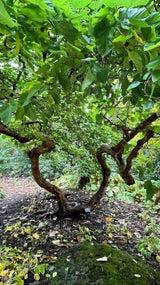 Morus alba 'Unryu' is a medium-sized deciduous tree in the Fern Dell native to China. The white berries are edible but less tasty than those of M, nigra. It is a fast grower.

From the Winter 2012 Self-Guided Tour: It is coppiced in plantations to produce abundant leaves to feed the silkworm larvae (caterpillars). Sericulture and silk-making go back over 4000 years in China. The techniques were kept secret for millennia to maintain China’s monopoly. The Silk Road from 2nd century AD enabled the trade of silk and other goods from China to the West. Silkworms, mulberries and knowledge also moved along the trade routes to create new centres of silk production. Beginning in Roman times, trade from Asia to the Mediterranean and Europe stimulated contact and cultural exchange between East and West.