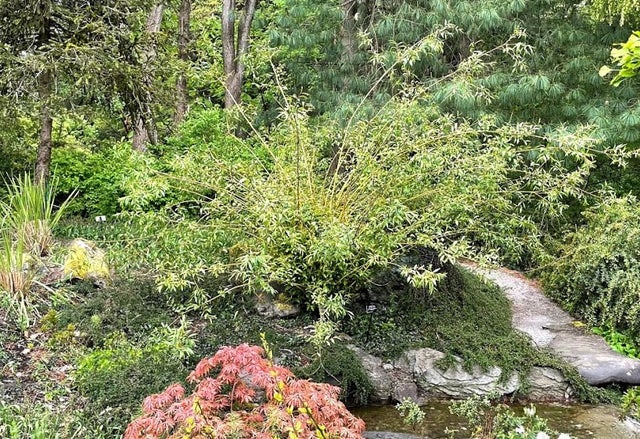 Salix alba var. vitellina is a deciduous tree that is frequently trimmed into a shrub shape to highlight its gold bark. It can grow up to 3 m (8 ft) in a season.

Our specimen at the top of the Waterfall is used for natural fencing. In 2021 the fencing around the Waterfall is slated to be removed because it is too much work to keep it trimmed, and it is not very functional along the stone steps. A new willow fence will be created in the Sunflower Garden to prevent visitors from getting bitten by fire ants.