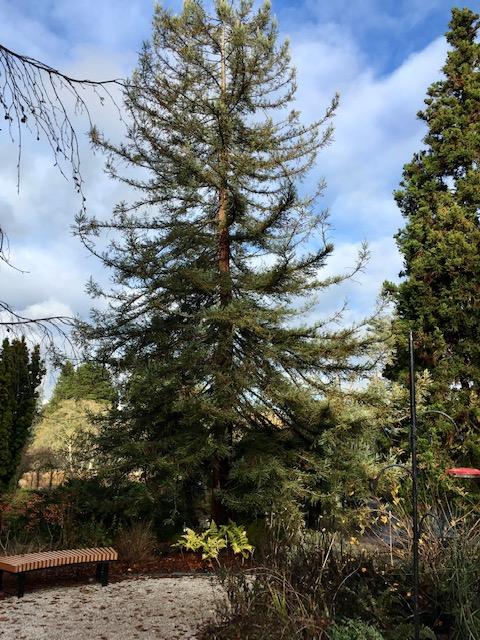 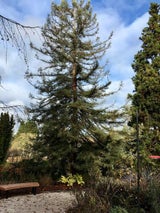 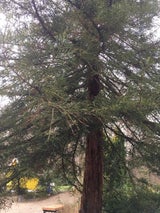 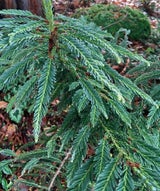 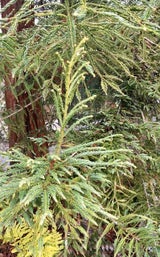 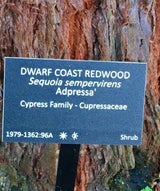 Sequoia sempervirens ‘Adpressa’ is usually kept trimmed as a shrub, but ours has morphed into a tree. Most references for this dwarf coast redwood show pictures of small, well-behaved shrubs with no mention of a lurking tree. Its fairy godmothers were probably the gardeners, who decided not to cut off its leading shoots. It was planted in 1979, and you can find it growing at the edge of the Bird Garden in bed 96A. (Why some dwarf conifers revert to normal.)

The cultivar ‘Adpressa’ is known for tightly held needles (adpressed) and white-tipped new growth. True dwarf cultivars of these giant redwoods are rare. And that makes sense since the coast redwood, the tallest tree in the world, is programmed to fractal higher and higher.

More about the genus name Sequoia

More about the species Sequoia sempervirens