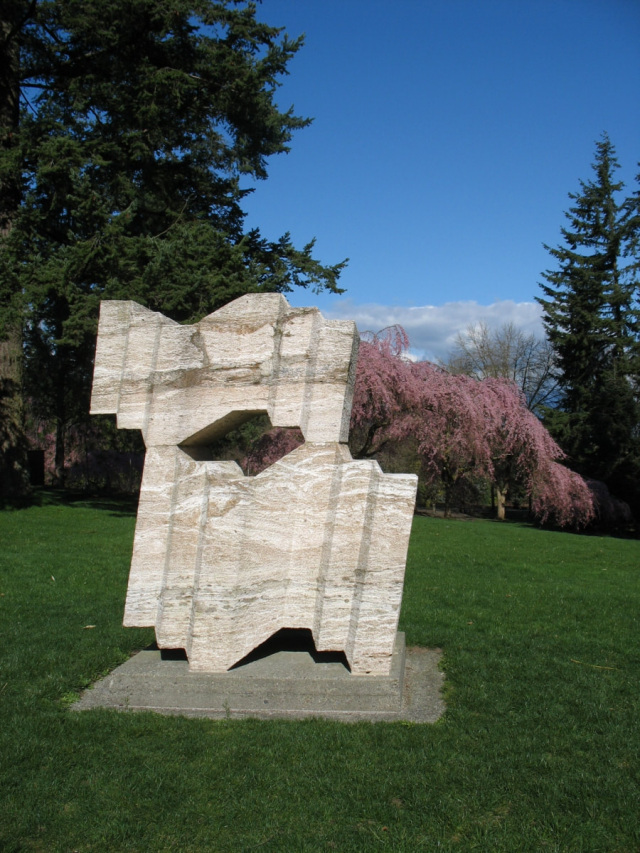 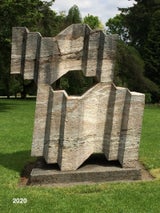 For the Botanic Garden

For the Botanic Garden was carved in travertine by Hiromi Akiyama for France (where he was a student) as part of the 1975 Stone Sculpture Symposium. The shape reflects the North Shore mountains in the background.

Akiyama was born in 1937 in Hiroshima and died in 2012 in Germany. He studied in Paris, then in 1978 moved to Germany to teach at the Karlsruhe Academy of Fine Arts for many years. A photo of 'For the Botanic Garden' is included on his German Wikipedia page. According to this source, Akiyama played with the inside and shadows of his sculptures, saying that "Sculpture is the shadow of another dimension."

He resisted naming his works until later in his career, hence the generic title for this sculpture.

Photo of sculpture by Midge Oke.

Photos of sculptor taken in 1975, copyright City of Vancouver.