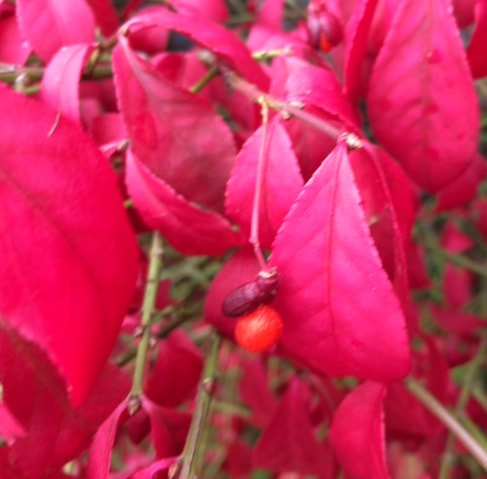 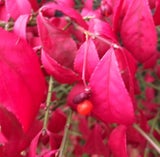 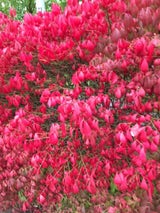 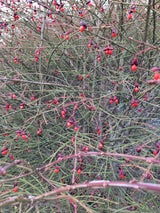 Euonymus alatus is a large deciduous shrub particularly noted for its bright red colour in autumn. Its grooved stems look like wings. It also has small red berries which develop from inconspicuous yellow-green flowers and stay on the bush during winter.. Originally from Asia, it was brought to North America in the mid-19th century and is now considered invasive in some parts of the east.