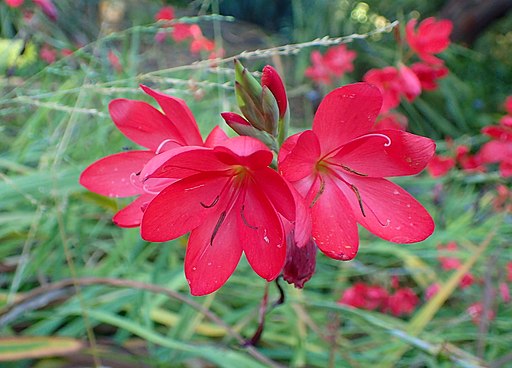 Hesperantha coccinea: Native to South Africa, this plant was formerly Schizostylis coccinea. It is sometimes called "Kaffir" lily, but this name is considered offensive in some parts of Africa. Coccinea means "bright red." They bloom in late summer

Over the years we have planted several culitvars on the Southern Hemisphere peninsula, including 'Blushing Trixie', 'Mrs. Hegarty', and 'Oregon Sunset'. These plants are native to areas with heavy summer rainfall so are not long-lived in our Garden.