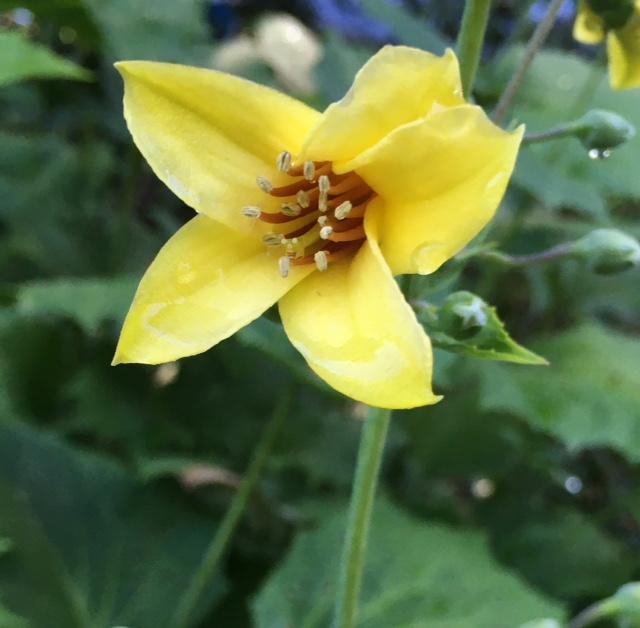 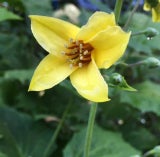 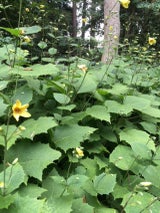 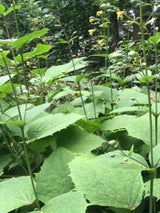 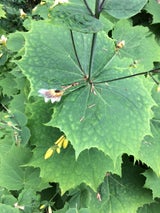 Kirengeshoma palmata 'Korean Group' is a midsummer-flowering plant that does well in the shade. It is quite tall, up to 1.5m. The palm-shaped leaves are opposite, and each pair of leaves on the purplish stems is placed at a 90-degree angle from the pairs above and below. It is also called Kirengeshoma koreana, and there has been much debate about whether it is a separate species. It is taller and flowers earlier than K. palmata. There are several plants in the Sino-Himalayan Garden, and a good-sized clump can be found along the main road between that Garden and the Great Lawn.