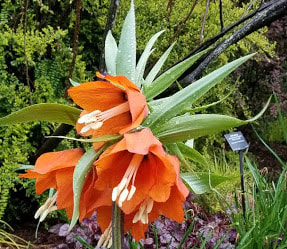 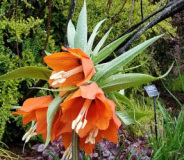 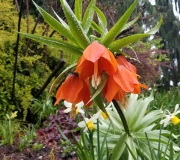 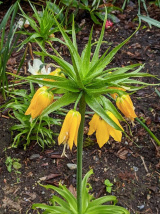 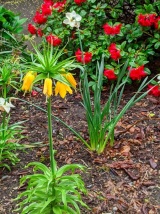 F. Imperialis, the Crown Imperial, one of the oldest known cultivated plants from Persia and India, is often seen in old Dutch paintings with its tufted crown of leaves. Legend has it that it once had upward facing white flowers, but in the Garden of Gethsemane, when other plants hung their heads in humility as Christ passed by, this plant was too proud to do so. God rebuked it, whereupon it blushed red, hung its head and tears came, which can be seen to­day as nectaries.