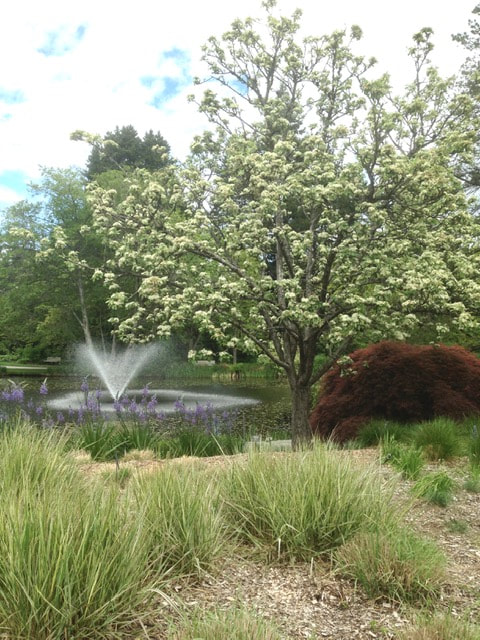 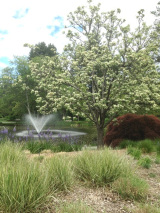 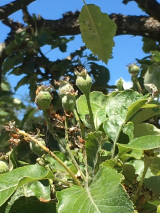 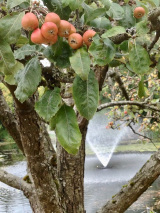 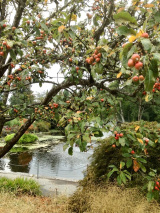 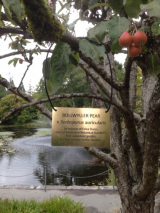 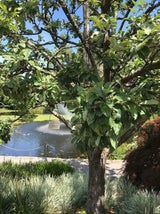 x Sorbopyrus auricularis was first discovered in Bollwiller, a small town in Alsace, 400 years ago and is only propagated by cuttings, as the seeds do not come true. The small fruit is green in June but turns orangey-red in September and is edible, although somewhat bland.

Our tree was planted in 1995 as a bookend to the rosaceae bed (bed 35A-E), but the grass bed now separates it from its rose family cousins further to the west. It has been adopted to honour guide emeritus Erica D.