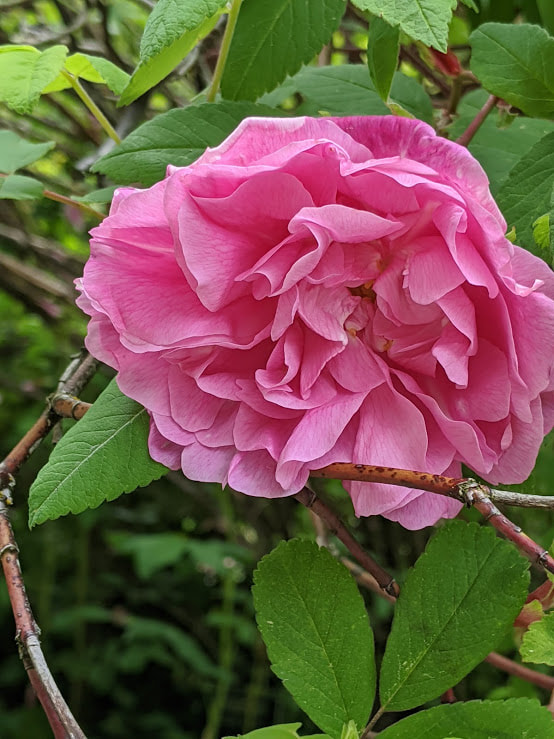 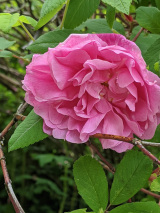 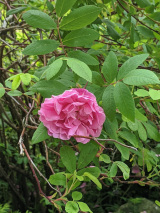 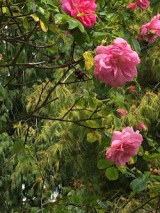 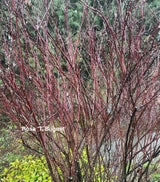 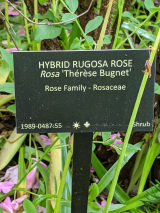 Rosa 'Thérèse Bugnet' was hybridized in Alberta in the 1940s by a French immigrant, Georges Bugnet (pronounced 'boon-yay'). He was a published novelist and poet (one of his books is in the Vancouver Public Library) who homesteaded north of Edmonton and also became a well-known plant breeder. He named this rose after his sister, but also bred more roses that he named after other family members. 'Thèrèse' is a hybrid rugosa shrub rose, very fragrant and very hardy. It blooms in June. In the winter, the dark red stems with white thorns make a dramatic statement.

Garden Story about this rose in winter

There are several plants in the garden, but the biggest specimen is a large shrub growing above the rock retaining wall between the Formal Rose Garden and the Black Garden in bed 55. It was planted in 1989.